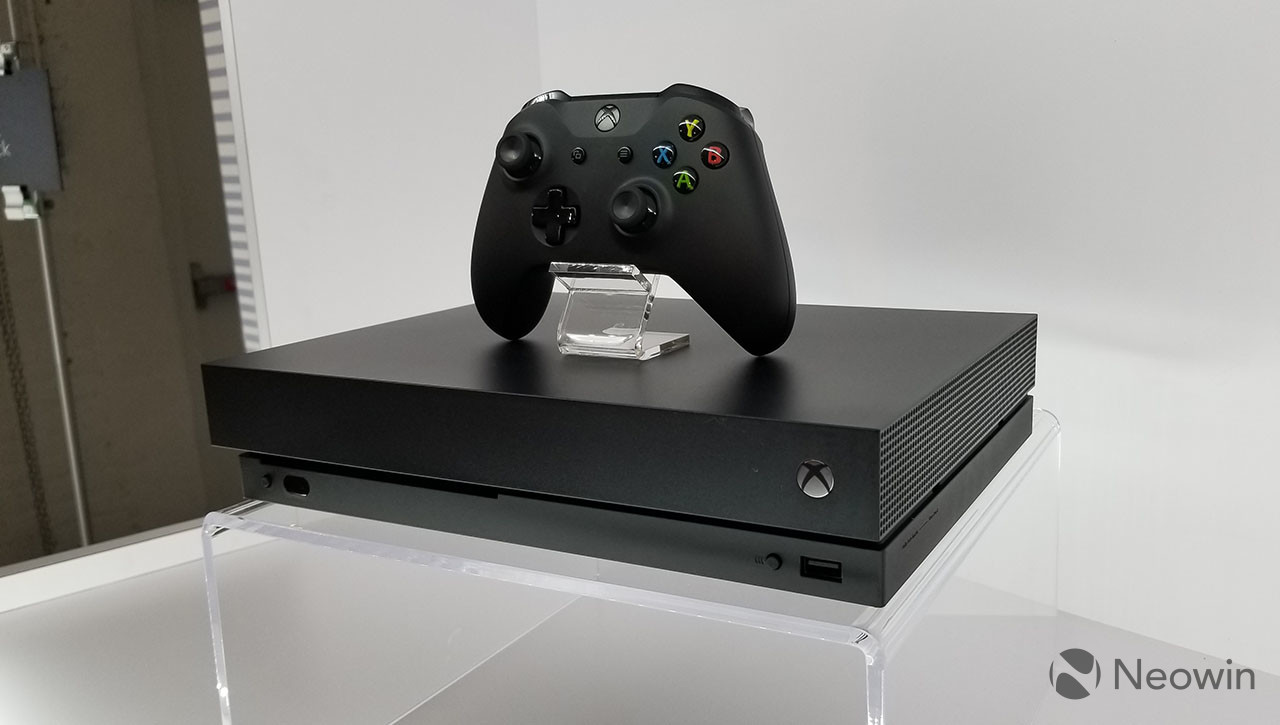 The Xbox One X is the next big thing from Microsoft offering users increased power, 4K resolution and a plethora of improvements. Pre-orders for the console started in August, however, they were quickly closed due to strong demand exceeding the expectations of the company. Although Microsoft continued to restock the Xbox One X, the console is still unavailable in some countries.

Microsoft's Xbox One X is set to hit the retail shelves on November 7, but Microsoft's UK director Harvey Eagle said in an interview that the console may face supply shortages at the time of launch, at least in the UK. Despite the shortages, Eagle said that the company will evenly distribute new stock every week during the holiday season so customers can purchase the new Xbox One X:

"It was the fastest pre-order of an Xbox that we've ever had. I can't guarantee that stock will be available in launch week for people to just walk into a store and pick up. Demand is really high. I'd just encourage people if they want one at launch, to get moving. What I can say is that we will have new stock deliveries into retail each week as we get through to Christmas."

During the interview, Eagle also shared some insights about the TV campaigns the company plans to run during the launch. In collaboration with retail outlets Dixons and GAME, the company will showcase 4K content to those without 4K TVs. In addition, there will be a "full console launch campaign," which will focus on games like Assassin's Creed and Forza Motorsport 7.

Other key markets are also expected to face similar supply issues as the launch approaches. It's recommended that customers pre-order their devices now if they want to score the console on launch day.

For now, you can check the unboxing of the Xbox One X and see how it stacks up against its competitors.