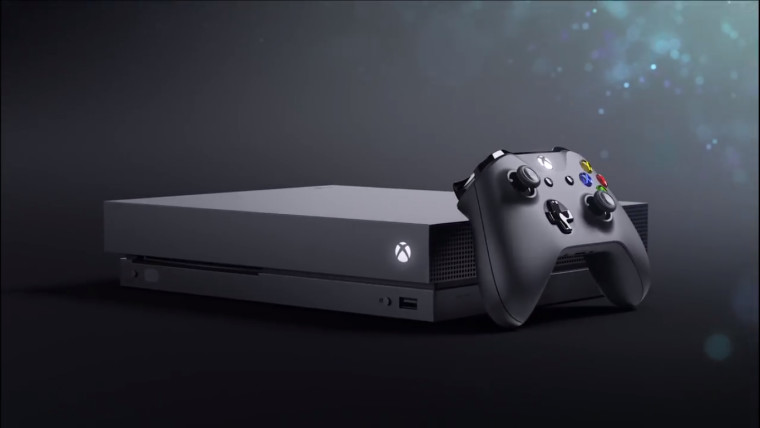 Xbox One fans have eagerly been awaiting for the time that they can drop their hard-earned money on Microsoft's new, more powerful console. Even though the unit is launching on November 7, pre-orders have not yet started, but that is about to change, at least in the U.K.

A tweet from Game UK just ramped the hype up a few more notches with word that it will kick off pre-orders for the Xbox One X tomorrow (September 20) at 8 a.m.

The most powerful console in the world is nearly here.

Xbox One X pre-orders open tomorrow at 8am.

The news comes on the heels of an ad from Walmart saying that in-store pre-orders would begin on September 21.

Keep in mind that any of these pre-orders for the standard edition could be retailer-specific. Or it could mean that other retailers will start their pre-orders in the next day or so, but just have chosen not to start alerting their customers yet. Either way, watch your local retailer carefully for word on when you can pre-order.

If you don't know much about the Xbox One X, other than that it is another Microsoft console with a weird name. the unit specs include eight custom x86 cores clocked at 2.3GHz - which are reportedly 31% faster than the ones in the Xbox One. Additionally, it packs 12GB of GDDR5 RAM, of which 9GB is dedicated to games so that they can run smoothly. The console also boasts a custom-designed GPU with 6 teraflops of power, a 1TB hard drive, HDMI 2.0, and a 4K Ultra HD Blu-ray drive, similar to the one present in the Xbox One S.

The console will sell for a rather hefty $499. Microsoft unveiled a special Project Scorpio Edition in August, and it sold out quickly with some retailers. The company has promised to keep production going to meet the anticipated high demand.