Xiaomi introduced the Android One powered Mi A1 smartphone in September, shipping with Android 7.1.2 Nougat out of the box and the promise of an Oreo update by the end of 2017; last month, the company also recruited some beta testers to test the new update with the first beta rolling out just last week#. It appears that that's enough testing for the company. 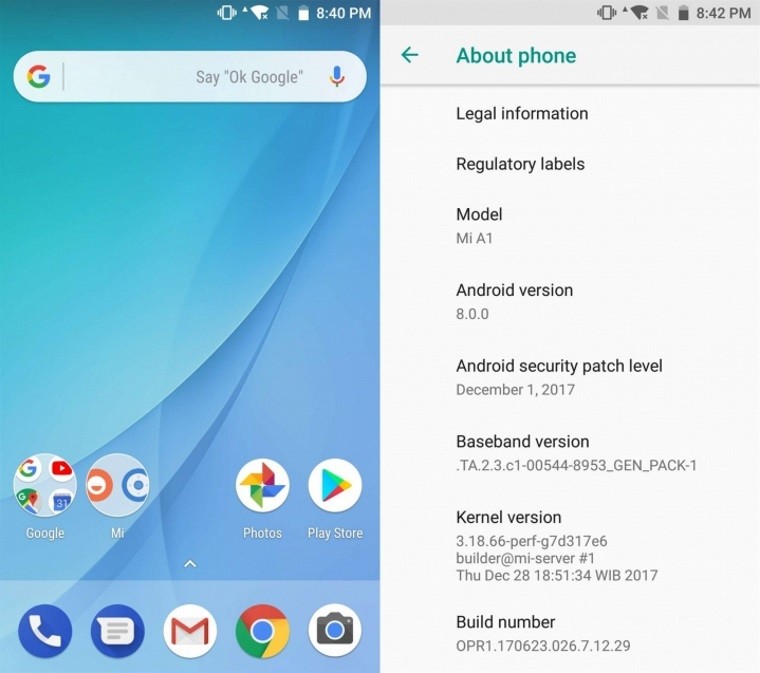 Xiaomi is now rolling out the much-awaited Android 8.0 Oreo for the Xiaomi Mi A1. The update is rolling out over-the-air (OTA) in batches so it may take some time for the update to reach all devices. However, to get the Android Oreo update, users must first manually upgrade to December update version 7.12.19 (Android Nougat), if they haven't already. The company has posted a complete guide on how you can flash your device to version 7.12.19, which is available at the source link below.

We're ending the year with an O! #MiA1 users, stay tuned as we're rolling out your long-awaited update in batches but make sure you're already on the latest December update (7.12.19) to receive Android O! pic.twitter.com/GhRtDnyJn4

Android 8.0 Oreo brings a handful of new features and enhancements, including the autofill API, smoother animations, ability to snooze notifications, picture-in-picture, improved performance, and much more.

Have you received the update for your Xiaomi Mi A1? Share your experience with the new update below!