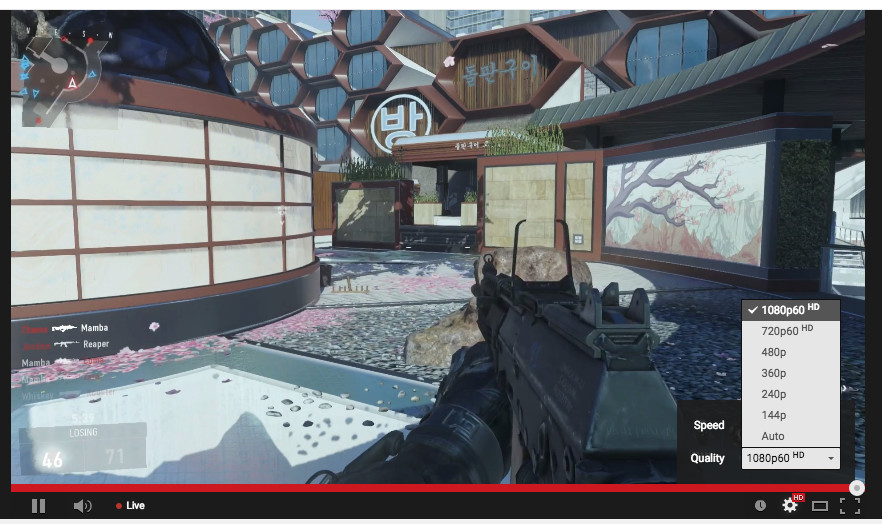 YouTube has recently announced that it has added support for HTML5 video in live streams, as well as support for viewing them at 60 frames per second. This was to be expected, as YouTube had already enabled 60fps video uploads made after October 2014, and switched to the HTML5 player by default in January 2015.

In order to be better equipped to compete with Twitch and Steam, YouTube is launching an early preview of 60fps live streaming, and you should be able to test that along with variable speed playback, using the latest version of Chrome, Firefox, Safari, Opera, and Internet Explorer, as they all support the new HTML5 player.

From now on, whenever you start a stream at 60fps, YouTube will transcode the video to 720p60 and 1080p60, which is good news for smooth gameplay and fast action videos. There will also be a 30fps option as a fallback for devices and browsers that don't support high frame rate yet.

YouTube also made sure gamers will have good tools for high frame rate capture, such as "new versions of Elgato Game Capture, XSplit Broadcaster, and XSplit Gamecaster that support 60fps live streaming to YouTube, available for download starting today.” Developers can also enable 60fps streaming in their apps by setting a new high frame rate flag.