The war of words between Oculus VR and ZeniMax Media over the Oculus Rift virtual reality device is officially going to court. ZeniMax has now filed a lawsuit against both Oculus VR and its founder Palmer Luckey, claiming they are "illegally misappropriating ZeniMax trade secrets relating to virtual reality technology, and infringing ZeniMax copyrights and trademarks." 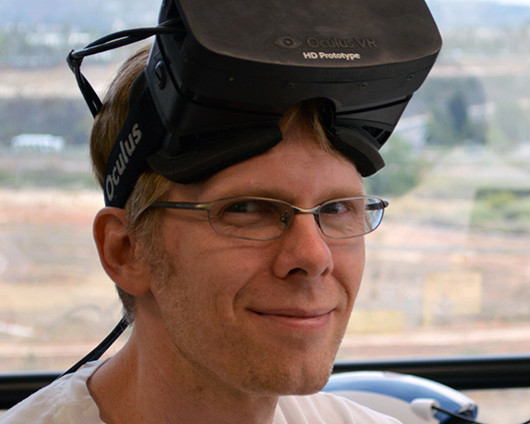 The press release announcing the lawsuit does not name the person in the center of the controversy; Oculus VR's chief technology officer John Carmack, who was the co-founder of id Software. ZeniMax acquired id in 2009 and afterwards, Carmack began to experiment with VR technology using the Oculus Rift. Carmack decided to depart id in December to join Oculus VR full time; he claims he left because ZeniMax did not wish to have the Oculus Rift work with id's upcoming revival of its classic Doom game franchise.

Today, however, ZeniMax claims that the Oculus Rift uses "trade secrets, copyrighted computer code, and technical know-how" owned by them under a Non-Disclosure Agreement. Furthermore, ZeniMax contents that Oculus VR has refused any and all of its request for compensation. A few days ago, Oculus VR denied those allegations, stating, "There is not a line of ZeniMax code or any of its technology in any Oculus products." This new development could put a damper on Facebook's plans to acquire Oculus VR for $2 billion.