This year we saw some impressive phones from the likes of Samsung, LG and others. Although these phones offer some of the best specifications on market, they each had their own distinctive shortcomings. While Samsung's devices were elegant, they lost their ability to offer expandable memory and swappable batteries. And although LG's V10 and G4 possessed the ability to expand the memory and a swap the battery, some found the design and quality lacking.

It seems that when it comes to finding the perfect phone, there will always be those that are not satisfied with what is being offered. But, this has always been the case and what isn't included in this iteration, will surely make its way into the next - hopefully.

It's been quite some time, but I have finally gotten around to reviewing the Oukitel K4000 - a device that packs all the specs you would expect, in a device that is meant to outlast and outperform the competition. So how does it fair? Let's find out!

As you can surmise from the specifications above, this device isn't meant to overtake or dethrone any of the flagship devices that have made a name for themselves in 2015, or 2014 for that matter. It's a mid-range device, that according to Oukitel can accept your life's long busy days and some of the physical tortures you might throw at it. 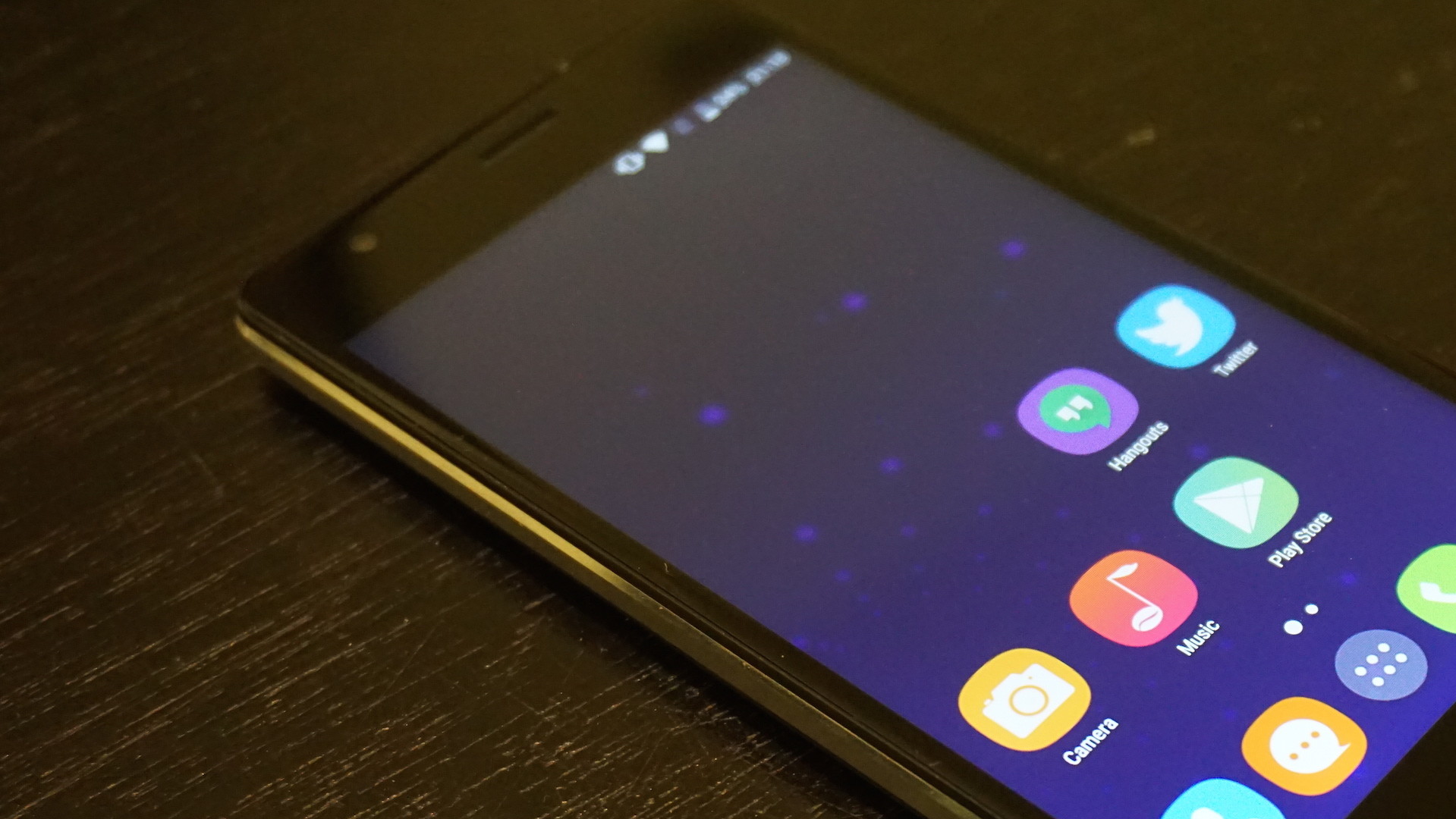 When it comes to design, the K4000 offers a fairly standard look that won't impress or offend. The phone seems to borrow every popular design trend that has surfaced over the past couple years and has incorporated into a not so svelte 11mm thick package. 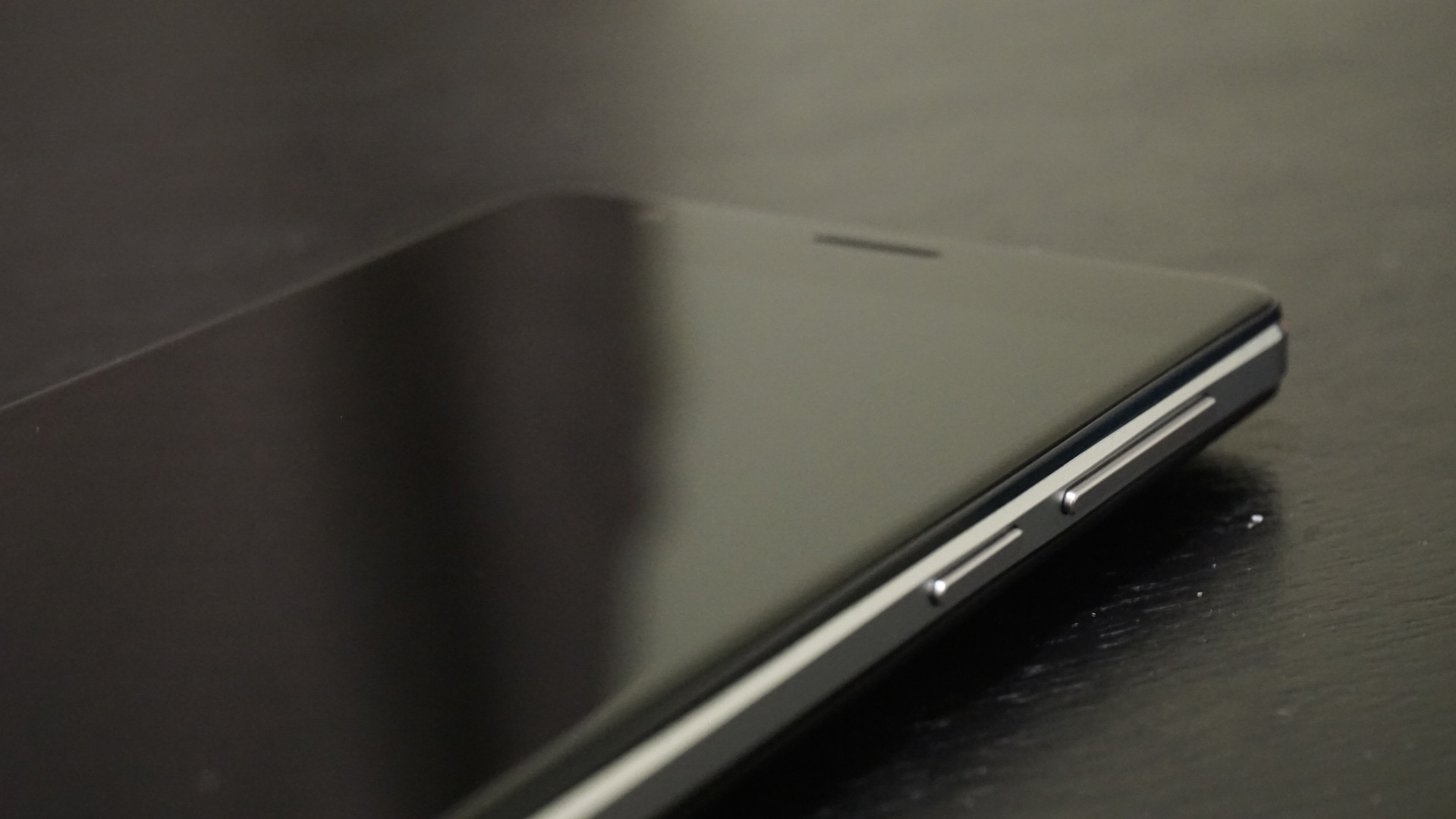 The front of the device offers a 5-inch IPS display with curved edges that is surrounded by a plastic lip. The phone is divided by a magnesium metal spine with chamfered edges. While I have yet to abuse the handset, Oukitel states that the front display can handle 800 MPa (megapascal) of pressure, which from demo videos looks quite impressive. Although I did have a wild hankering to abuse the K4000 and put it through its paces, we thought best to act a bit more civilized and stick to a standard review.

The 5-inch 720p display looks good in most conditions with a tiny bit of wash out occurring under direct sunlight. The IPS display is great from all angles and although the colors look good, they do stray a bit towards the cooler end of the spectrum. As for pixelation, it is noticeable if you look closely, but for the most part during normal use, everything looks good. One thing to note is that while the handset does offer brightness adjustment via the adaptive brightness setting, it did not seem to work most of the time, if at all. This wasn't a huge issue, as I have dealt with this in the past and simply relied on manually adjusting the brightness depending on the environment. 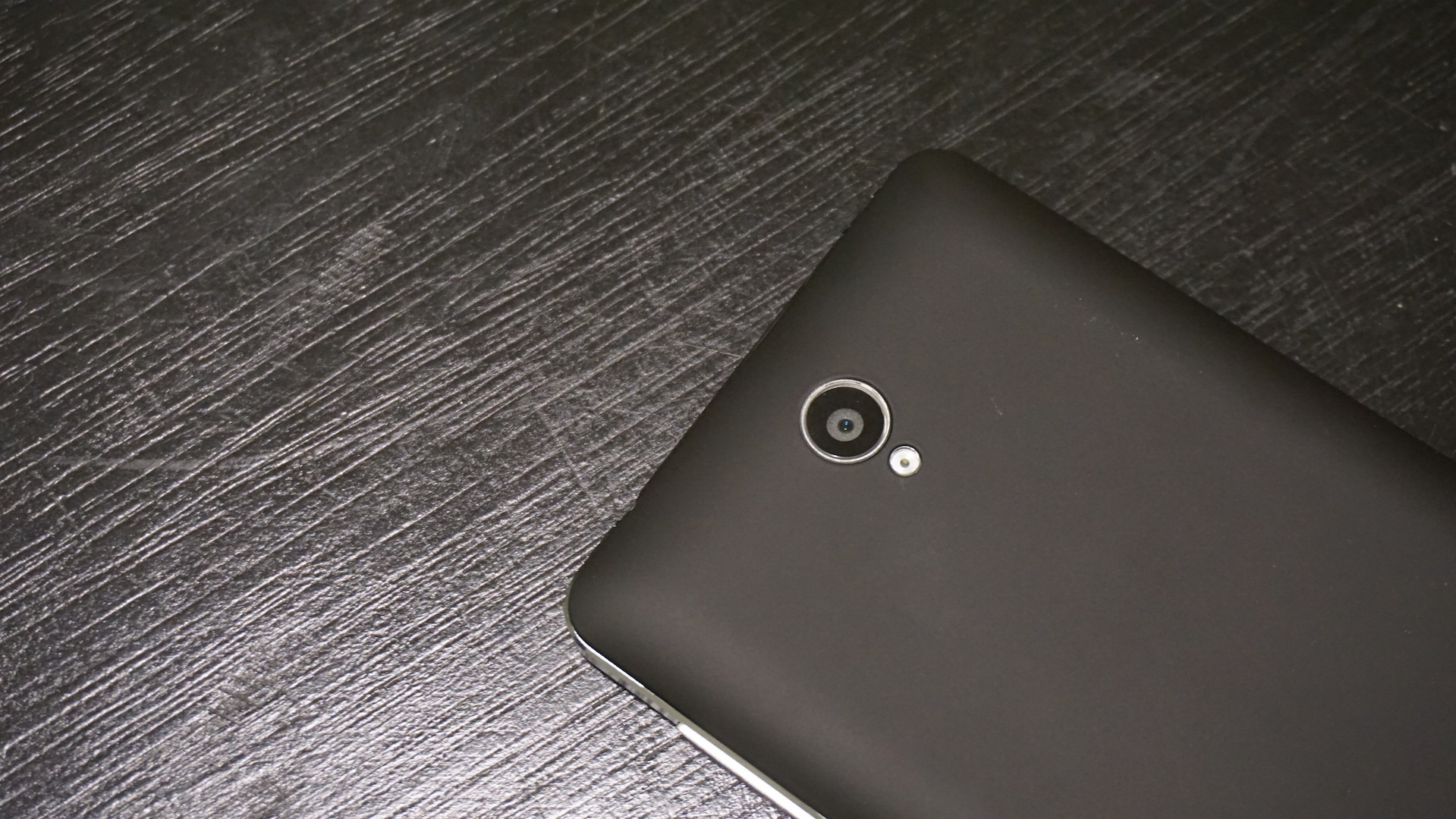 The back of the device is again, standard fare, offering a one piece plastic back that can be removed to reveal the dual SIM slot, microSD expansion port and 4,000mAh battery. The back of the device also houses the 13MP camera with flash. Overall, the device feels sturdy, and has quite a bit of heft - weighing more than any device I have handled to date. 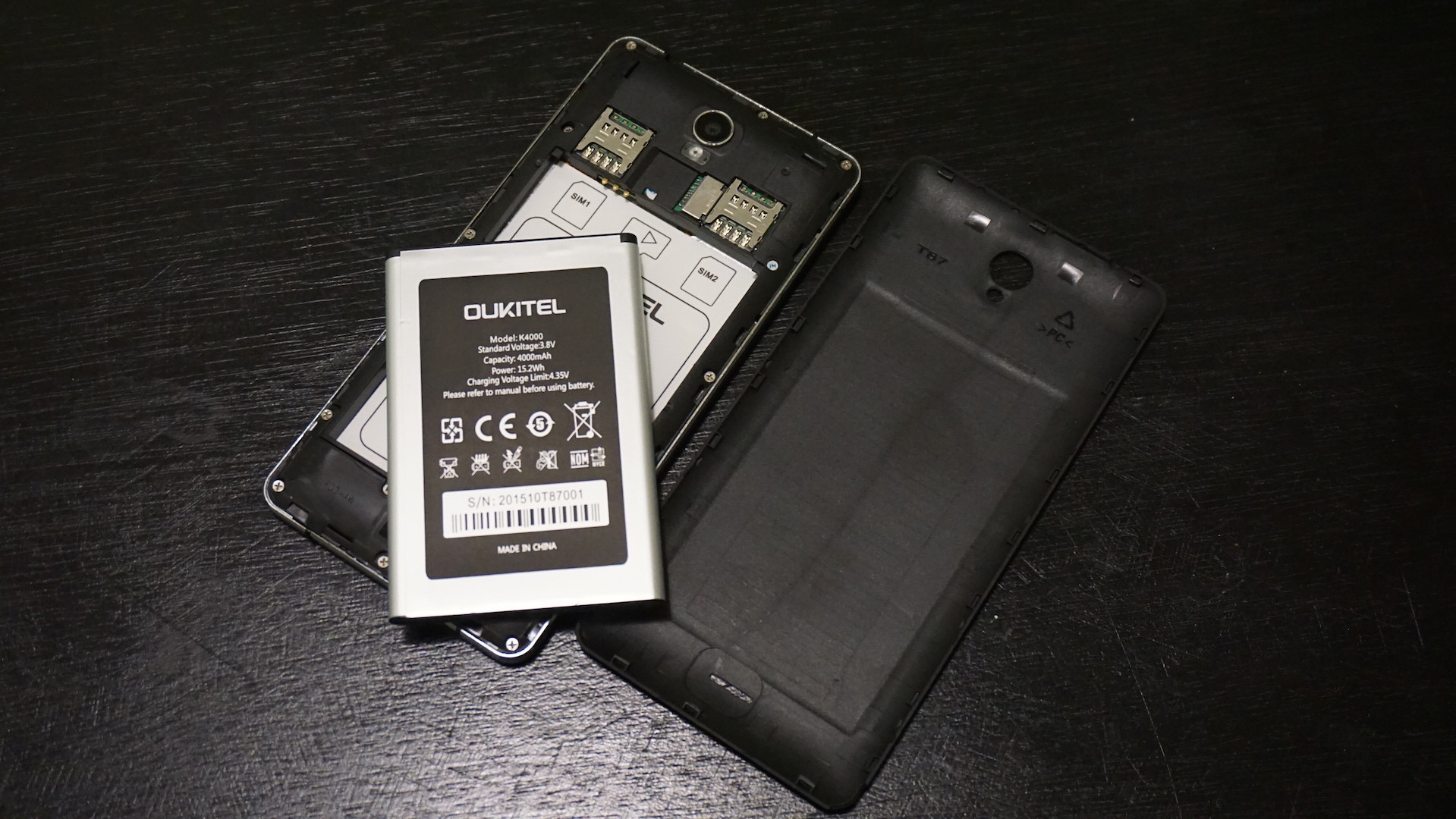 Although I do think that the weight is a bit of an issue, what I find to be more of an issue is the way the adverts are misleading when comes to the representation of the bezel size. When it comes to the promo photos that are plastered on Oukitel's website and other third party retailers, the screen bezels looks incredibly thin, but in reality, you'll be sorely disappointed. This isn't the first time I've encountered something like this, but if you're making your purchase based off those photos, you might be in for a little surprise and end up second guessing your purchase once you receive it. 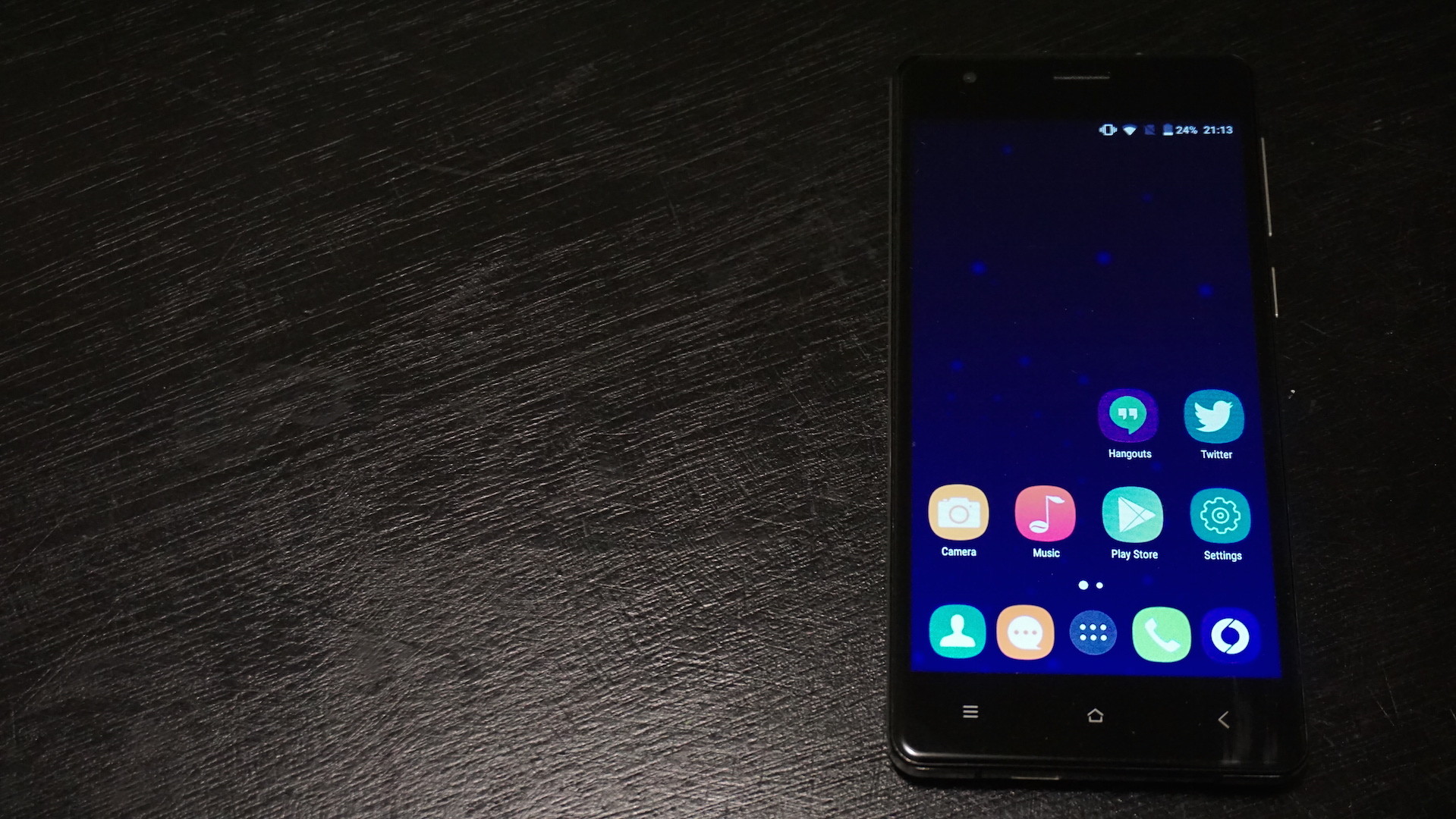 The K4000 runs a skinned version of Android 5.1 and offers some small customizations. For the most part the additions and customizations seem minimal. When you dive into the device for the first time, you'll notice that the icons are different. This is part of the theme that Oukitel has created and although I enjoy the bubbly look, it would have been nice for them to offer some way to alter it. Naturally, if you detest the look, you'll most likely have to load a third party launcher. 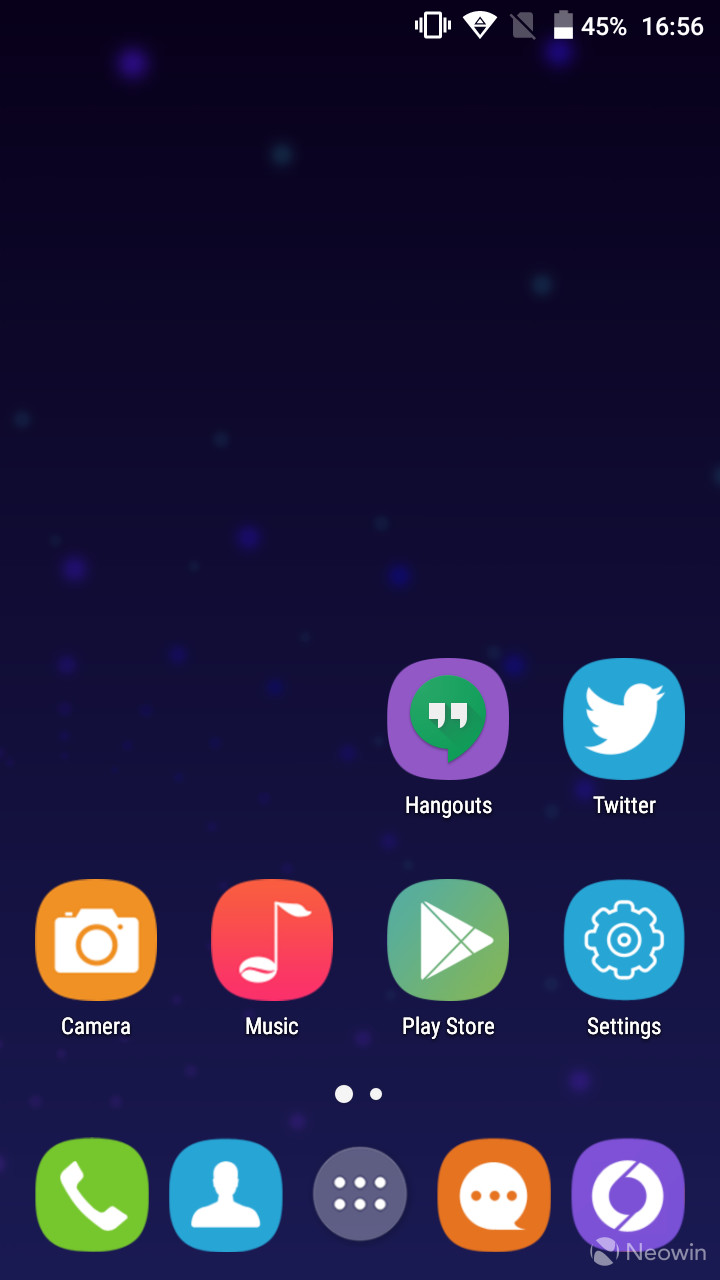 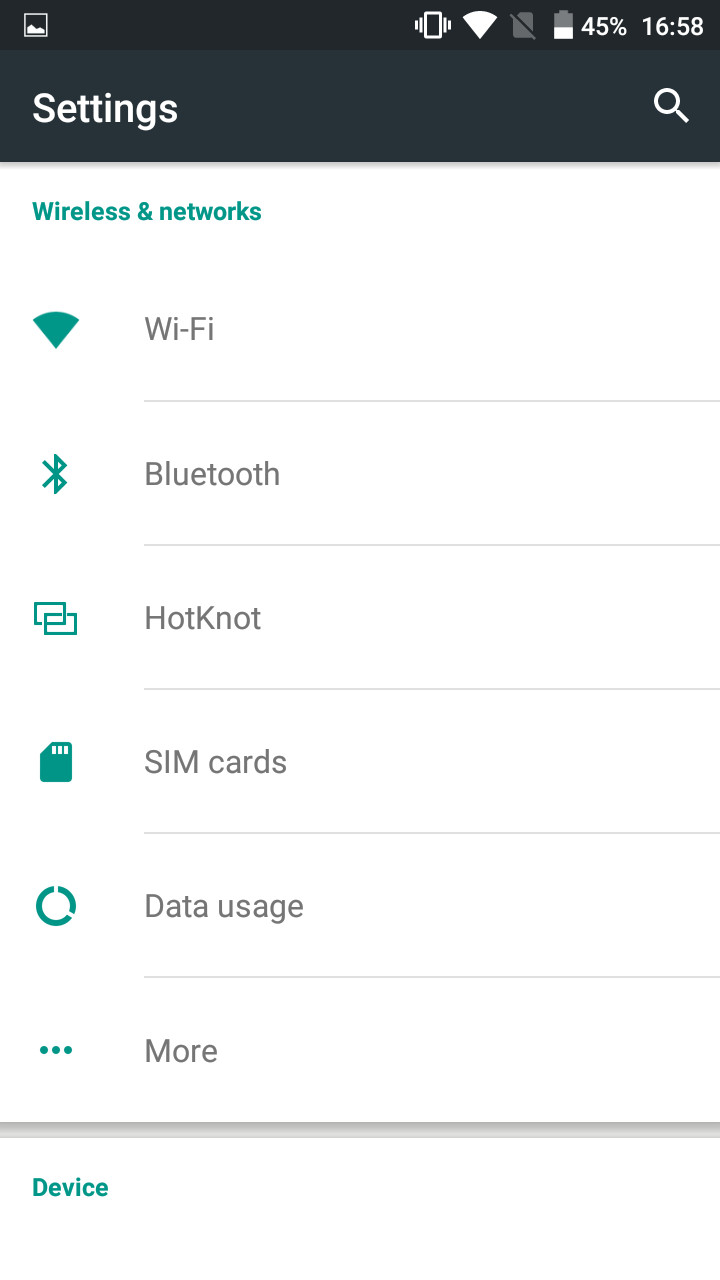 Within the OS, there are some additional apps that have been loaded by default. TouchLetters is a component that will allow you access to Smart Wakeup, Air Shuffle and Screenon Gestures. Many of these features will allow you to creatively access and control the phone using gestures and screen scribbles. The handset offers its own browser, although I chose to use Chrome for most of my experience. For those that are looking to squeeze a little bit more juice out of the 4,000mAh battery, you will be happy to know that there is a 'super power saving mode' that is supposed to extend the battery life, but will limit use to the basics. 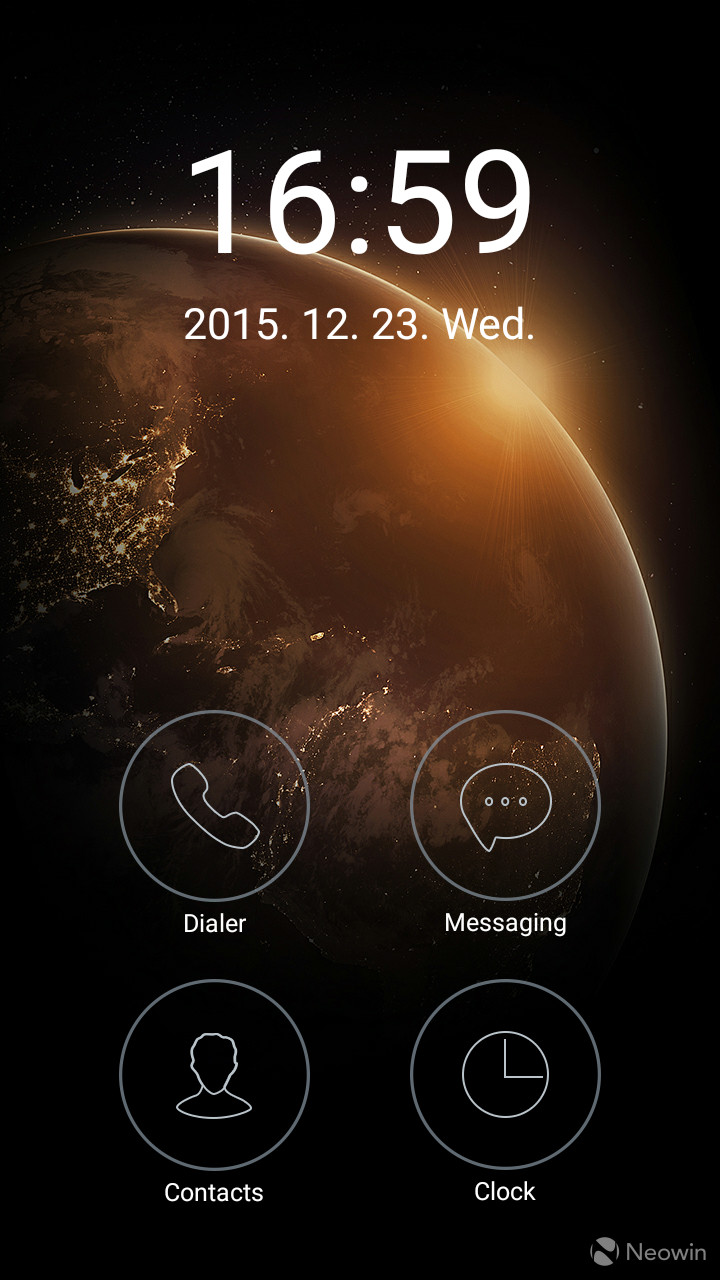 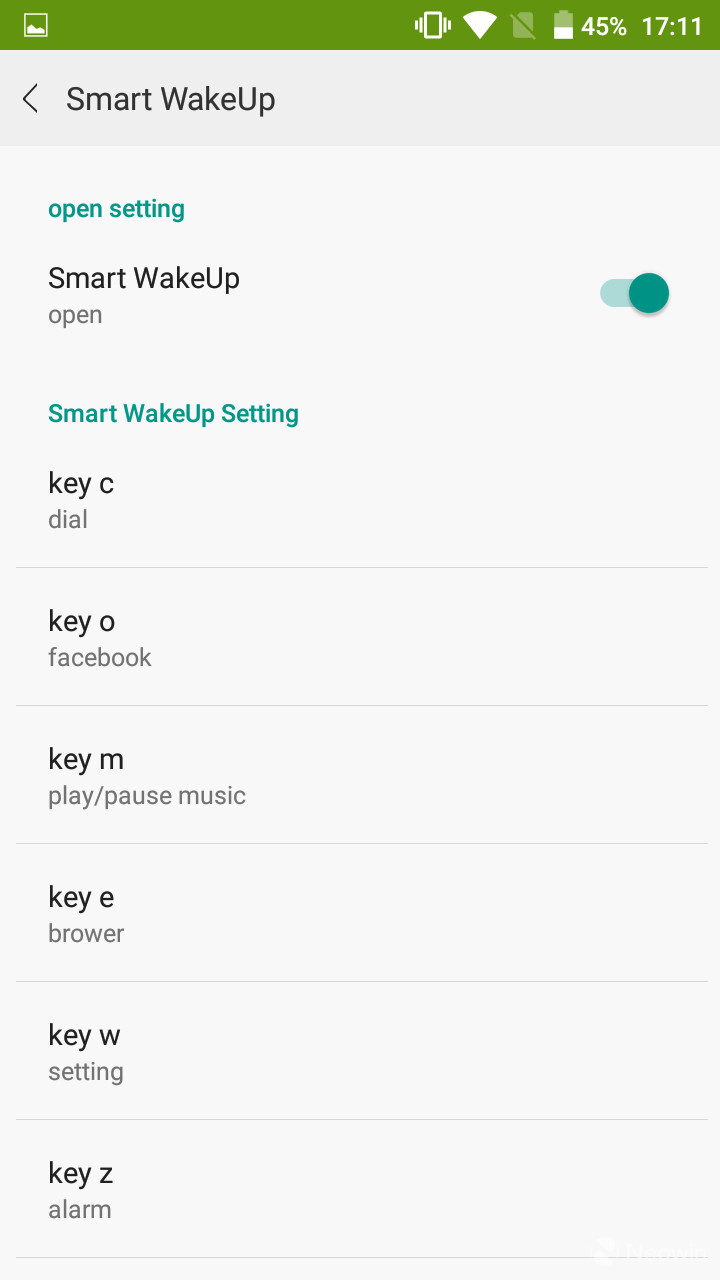 For the most part, the Oukitel offers a near standard Android experience without going over the top when it comes to customizations. Although it would have been nice to see a theme manager, this is something that can easily be corrected with the aid of a new launcher. What will probably be most important, is whether Oukitel will continue to support this handset after its initial launch. Although Android 5.1 is a good start, an update to 6.0 would be even better. Currently there are no signs or commitments from Oukitel in regards to future updates. 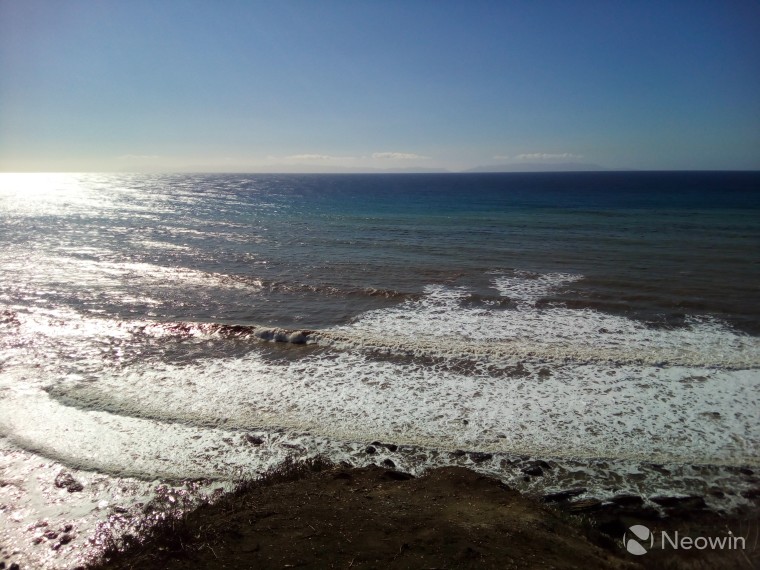 When it comes to photographs and videos, the K4000's 13MP shooter works best in the most optimal conditions. It isn't the faster shooter and when initialized generally takes a few seconds to be able to take photos or videos. The camera does not offer a wealth of options, but it does have the expected settings like an auto, face tracking, and panorama mode. Oddly enough, there is also "Live Photo" mode which takes your photos and groups them into a movie (it's hard to explain and very odd). The K4000 can also shoot video at 720p and offers electronic image stabilization.

The photos and videos are passable at best and even on a clear sunny day, the results look muddy. Unfortunately, the reason for this, which I later discovered, is that the K4000 only truly offers a 8MP rear camera and 2MP front-facing. The 13MP and 5MP numbers only occur when the image is interpolated, which would explain the poor quality when shooting. I wouldn't trust this camera as a daily shooter and despite Oukitel touting that they are using a Sony lens, the quality is abysmal. 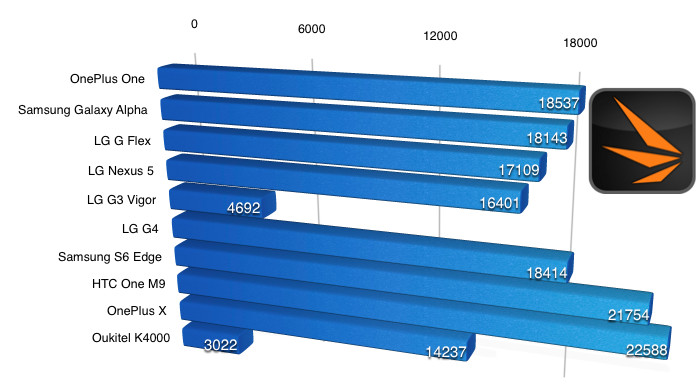 As prefaced, the K4000 isn't the most powerful device on the market, but is does pack enough punch to get through most of the things I threw at it. Twitter, Snapchat, Chrome are a few of the things that I used the K4000 for (on Wi-Fi). I also dabbled in a bit of gaming with Need for Speed and Temple Run. While gaming wasn't the smoothest, it was acceptable. For the most part, the Mediatek CPU was more than capable for my daily needs. 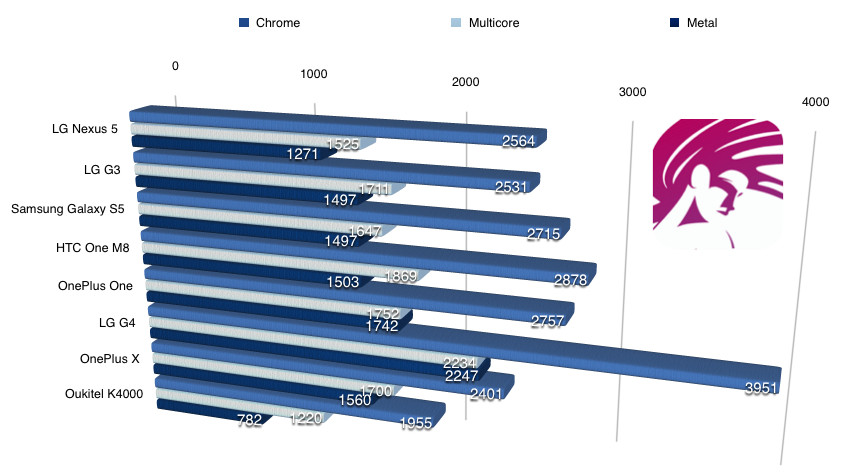 Sadly, for battery life, I really can't give you a fair assessment because the Oukitel does not support the bands necessary for 4G in the United States. Although I did use it on edge for most of the time, the experience really wasn't an accurate representation of my daily use. Often, I'd just become frustrated and found it a chore to use daily apps like Twitter, Chrome, and others. 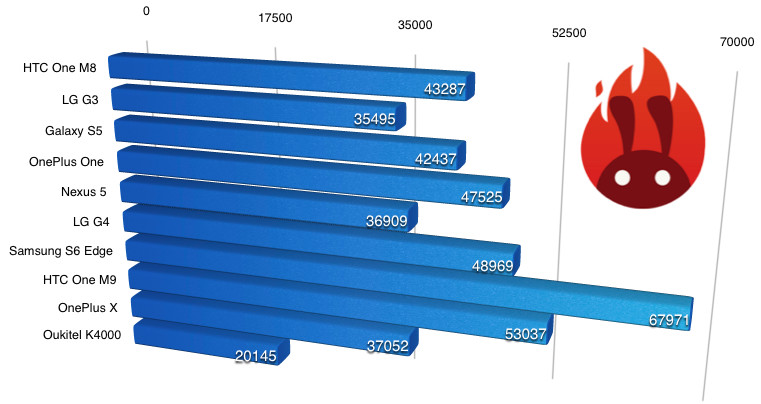 If there was one thing that I could change about the K4000, it would be for Oukitel to add 4G bands that are supported in the U.S. Overall, the handset performs well in most situations. As always, numbers for AnTuTu, Vellamo and 3DMark have been included in the images above. 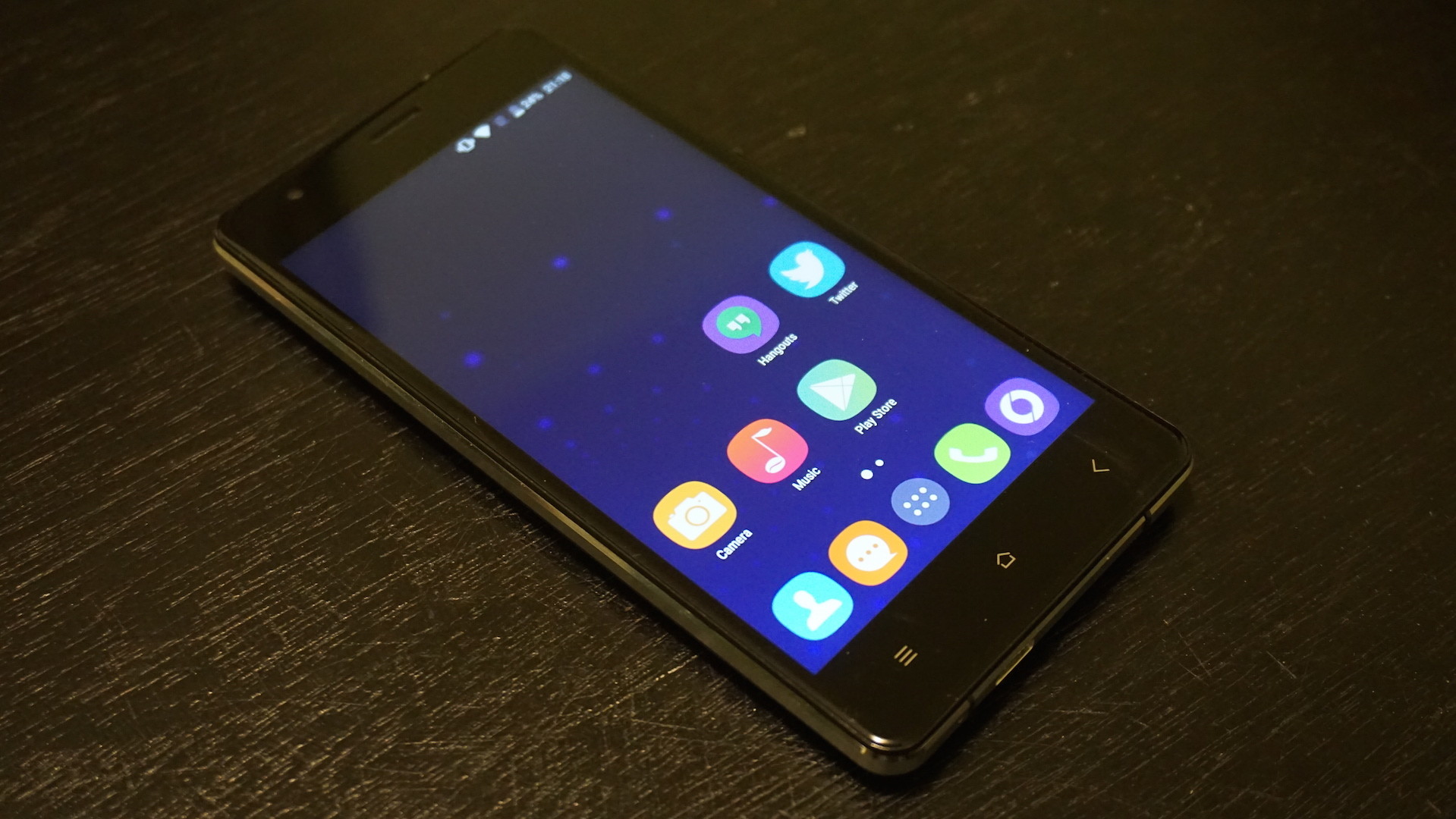 While I'd like to report that the phone had me living on the wild side, unfortunately, it was a short lived journey that pretty much ended during the first few days of use. When it comes to media, it really gets put into perspective how much we consume, when you are using a device that does not offer a faster data transmission rate. 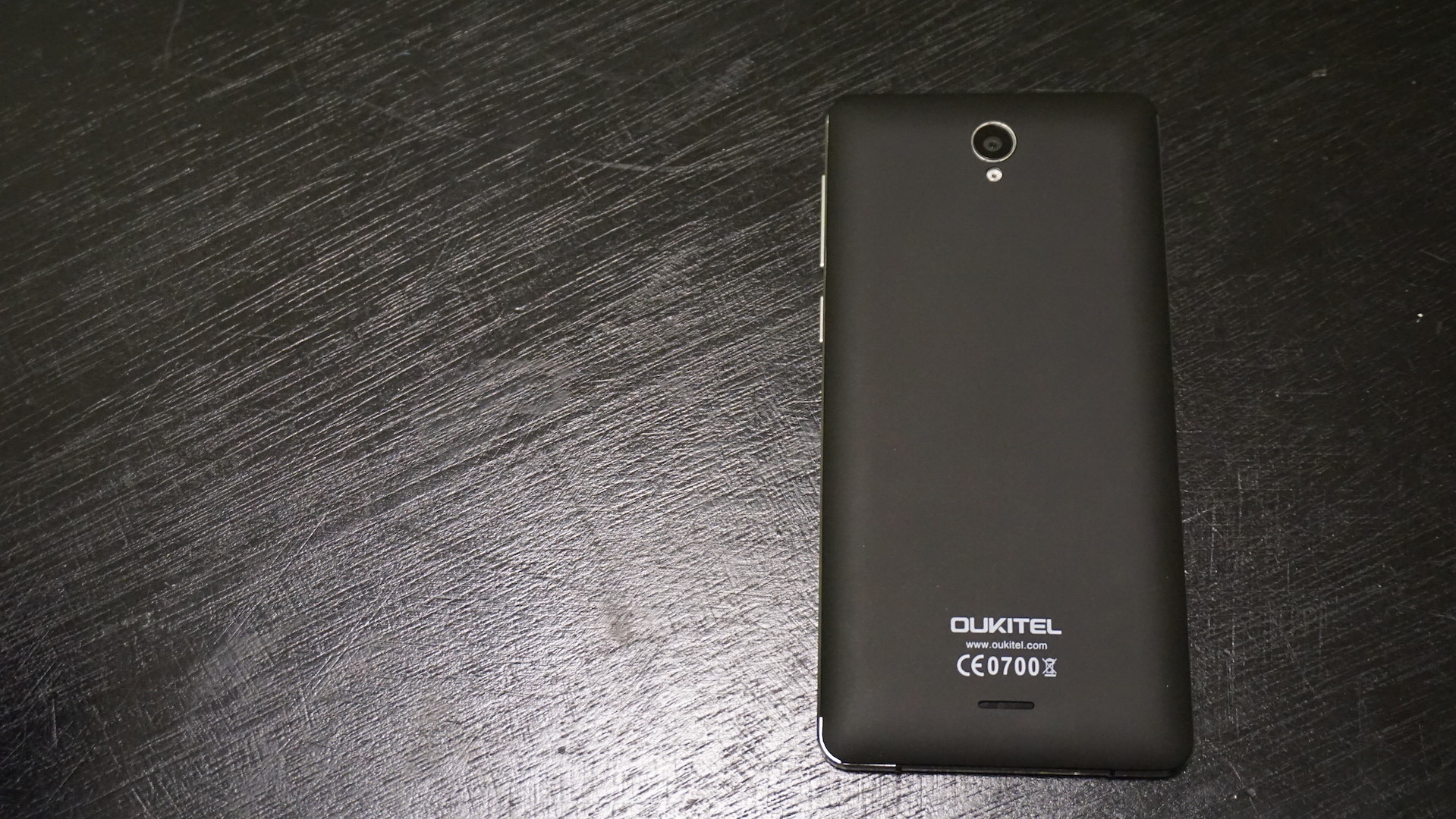 Overall, the device works well in most aspects, but does suffer from a weak camera, bulkiness and a heft that is unmatched by any smartphone I've personally used to date. While I appreciate Oukitel's effort in trying to build a device that offers excellent battery (4,000mAh) life and a resistance to severe punishment - I would much rather see the basics mastered before putting everything else into play.

In the end, the K4000 feels like a bit of a cheap parlor trick - especially when a majority of the marketing for the device is aimed at displaying how it can take extreme abuse and still keep on ticking. Unfortunately, for the user, you're the one left with the short end of the stick. For now, the K4000 is an acceptable device that weighs too much on its 4,000mAh battery and tough exterior and just ends up feeling like a phone that was created for one big publicity stunt.