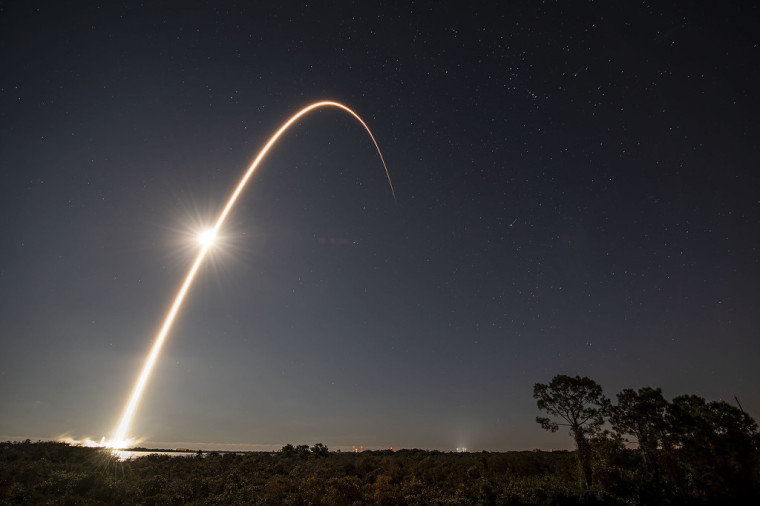 Elon Musk's SpaceX Starlink has published an update regarding the satellites launched earlier this month. The update notes that the company may lose up to 40 Starlink satellites.

According to Starlink, the cluster of satellites launched on February 3 from the Kennedy Space Center in Florida met with a geomagnetic storm that increased the drag. This increased drag meant that as much as 40 satellites will not make it to orbit and will burn out in the atmosphere.

Unfortunately, the satellites deployed on Thursday were significantly impacted by a geomagnetic storm on Friday. These storms cause the atmosphere to warm and atmospheric density at our low deployment altitudes to increase. In fact, onboard GPS suggests the escalation speed and severity of the storm caused atmospheric drag to increase up to 50 percent higher than during previous launches.

The company notes that it is monitoring the satellites and has altered the trajectory so they will "fly edge-on (like a sheet of paper) to minimize drag". Furthermore, the team at Starlink is working closely with the Space Force’s 18th Space Control Squadron and LeoLabs to track the satellites using ground radar.

At the same time, the company noted that the deorbit procedure will pose zero collision risk to other satellites in orbit and to the people on the ground as it expects the debris to burn out upon atmospheric reentry.

Preliminary analysis show the increased drag at the low altitudes prevented the satellites from leaving safe-mode to begin orbit raising maneuvers, and up to 40 of the satellites will reenter or already have reentered the Earth’s atmosphere. The deorbiting satellites pose zero collision risk with other satellites and by design demise upon atmospheric reentry—meaning no orbital debris is created and no satellite parts hit the ground.

The news comes as astronomers across the globe protest against the Starlink network. According to a recent study, Starlink satellites are leaving streaks across the deep space images captured by astronomers and can block scientists from identifying dangerous asteroids. The International Astronomical Union has founded a “Centre for the Protection of the Dark and Quiet Sky from Satellite Constellation Interference” to protest against the influx of Starlink satellites.