Exactly one month from today, the 2011 edition of the Electronic Entertainment Expo will open its doors at the Los Angeles Convention Center exhibit hall. The trade show on June 7-9, and the whole week that surrounds it, remains the single biggest yearly event in the video and PC gaming industry even as other events such as Gamescom in Germany and the two PAX shows in the US exceed the current version E3 in terms of pure attendance.

Today we start a multi-part feature previewing what games are expected to be shown at this year's E3 event along with some other surprises. Today we are taking a more general look at E3 for those of you who may be unfamiliar with the event and its importance in the video and PC game industry. 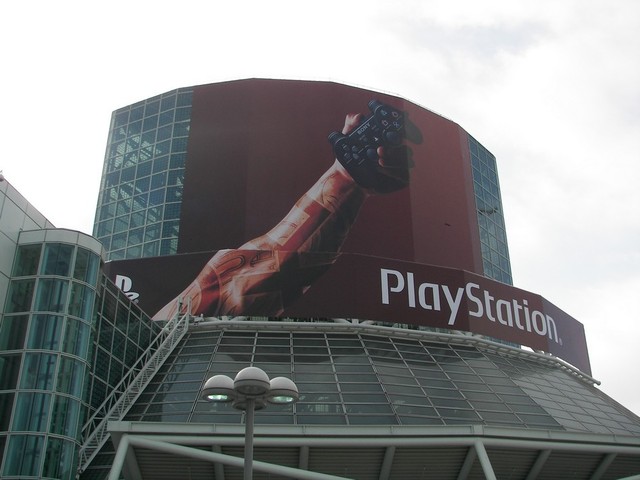 As we mentioned, E3 is short for the Electronic Entertainment Expo and is a trade show for the video and PC game industries. It started in 1995 as a way for the game industry to hold its own show after previously being just a part of other events such as the Consumer Electronics Show. E3 immediately made an impact on the industry and game publishers and console hardware makers have used the show to showcase and in many cases reveal their major game launches for the first time. With only a few exceptions over the years (Atlanta in 1997 and 1998 and Santa Monica in 2007) E3 is held at the Los Angeles Convention Center every year, usually during May or June.

The show itself is owned by the Entertainment Software Association, the biggest trade group for the game industry in the US. Many game industry publishers hold membership to the ESA although you don't have to be a member to attend E3. The show itself is supposed to be attended only by game industry professionals as well as the media. If you are just a game fan you cannot just show up to the LA Convention Center to get a ticket. Thankfully shows like the two Penny Arcade Expo events in Seattle and Boston have now filled that gap for the ordinary gamer to attend an event that showcases up and coming games in an E3-like setting. 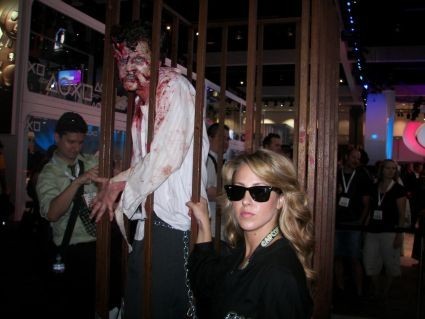 If you are lucky enough to be able to attend the show, you may be a bit overwhelmed at first. E3 takes up nearly the entire LA Convention Center with massive and expensive exhibits, huge banners and lots of noise as tons of games are being demoed and various events are being blasted over speakers. The events spill out even outside the show as massive banners are stretched out on the outside of the building and various events and giveaways are happening. You might even encounter the odd movie or TV actor or professional athlete either signing autographs at some of the booths or even just walking around the show floor (Steven Spielberg is a frequent E3 attendee for example).

And yes, there are typically lots of booth babes at the show in various forms of costumes and (sometimes) little clothing. There has been much debate over the years as to whether such booth babes should be covered by the media or used by game publishers but that hasn't stopped the practice and it likely will continue to be a staple at every E3 show.

In addition to the main E3 show, there are lots of events that, while officially not a part of the the expo, are held by gaming publishers and other companies around downtown Los Angeles. The biggest events happen the day before E3 opens its doors as Sony, Nintendo and Microsoft hold their pre-E3 press conferences in various auditoriums and old theaters in LA. In recent years Electronic Arts and Ubisoft have also held their own press conferences to show off their upcoming games and bring in some celebrities to spice things up. Activision managed to top everyone at E3 2010; it booked the entire Staples Center (the sports arena next to the LA Convention Center) and held a promo event that doubled as a concert with acts like Eminem, Usher and others.

There are also various invite only events and parties that happen during the show. Video Games Live, the touring game music concert event, will also hold a concert at the Nokia Theater next to the convention center on June 8. In the past all of the big game console publishers held their own private parties at E3 with big name music groups performing. However those kind of events have fallen out of favor in recent years. However, as you can probably tell there is still no end to the activities and things to do and see during E3 week in LA

While we will go into more detail in the other parts of this series, here is a quick look at what will be the big reveals at E3 2011 this year. Keep in mind that companies and publishers at E3 typically have some surprises up their sleeves that won't be revealed until just before or during the show.

Whether you call it Project Cafe or the Wii 2 or something else entirely, the biggest excitement at E3 surrounds the already promised reveal of Nintendo's next TV connected game console at E3 2011. The publisher has said it will show a playable version of the console at its pre-E3 press conference for a launch sometime in 2012. Rumors are already flying around and about about the Internet about the console's hardware features (Will it have better graphics than the PS3 and Xbox 360? Will it have a Flash-based storage system? Will it continue to use a motion controller?) but we should get some answers during Nintendo's pre-E3 press conference.

Microsoft's Kinect going to the next level

While Microsoft is not expected to announce an all new console at E3 2011, you can bet that the makers of the Xbox 360 will be ready to showcase a boatload of new games at their own pre-E3 press conference. It's expected that Microsoft will once again showcase games that use its Kinect motion controller camera-controller (first announced at E3 2009 and given its Kinect name at E3 2010) but this year the games should be more for the hardcore gamer to play rather than the casual gamer that the company has previously focused on while marketing the device.

Sony's big apology and its next generation portable console

Usually Sony is all smiles about its Playstation business at E3, with lots of pie charts and graphs at its pre-E3 press conference showcasing how well PS3 sales are doing. However we expect that Sony will be eating some humble pie when it launches its pre-E3 press conference this year thanks to the cyber attacks that forced the company to shut down the Playstation Network's servers. It will be interesting to see how Sony will deal with those events during its E3 presentation. However we expect Sony to show off some new PS3 games as well along with the first look at its next generation portable console system, the successor to the PSP.

In a few days we will post up the second part of our E3 2011 preview as we try to predict what games will be shown during the show and also predict which announced games won't make an appearance. See you then.