ASRock, which is an AMD-exclusive AIB vendor, is apparently preparing an RX 6400 Challenger ITX graphics card according to a listing on the Eurasian Economic Commission (EEC)'s website. The listing was spotted by Twitter leakster @KOMACHI_ENSAKA. Four other cards are also seen alongside it. They are: 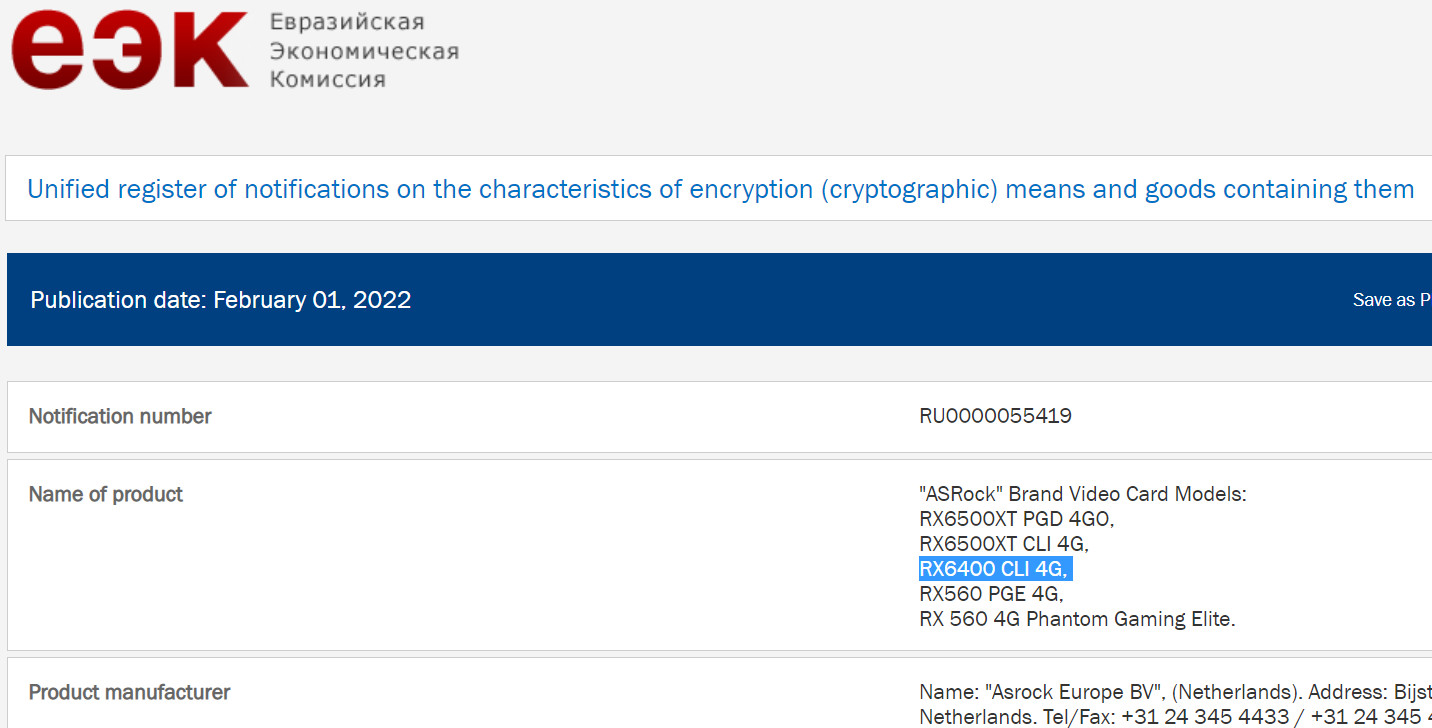 The RX 6400 is a cut-down Navi 24 GPU and is the smaller sibling of the highly criticized RX 6500 XT. AMD says that the RX 6400 is an OEM-exclusive graphics card, though I recently argued that the GPU would have been better off for the DIY market than the more powerful 6500 XT.

The 6500 XT variant of the Challenger ITX (image at top) has the same specifications as the reference AMD card, and the trend could also continue with the 6400 version of it too.

Speaking of the specs, the Radeon RX 6400 comes with 12 CUs or 768 stream processors. The core boosts up to 2,321MHZ while the Game clock is 2,039MHz. It has 4GB VRAM clocked at 16Gbps and the GPU features a TDP of 53W. Hence, the card comes with no external power connector.