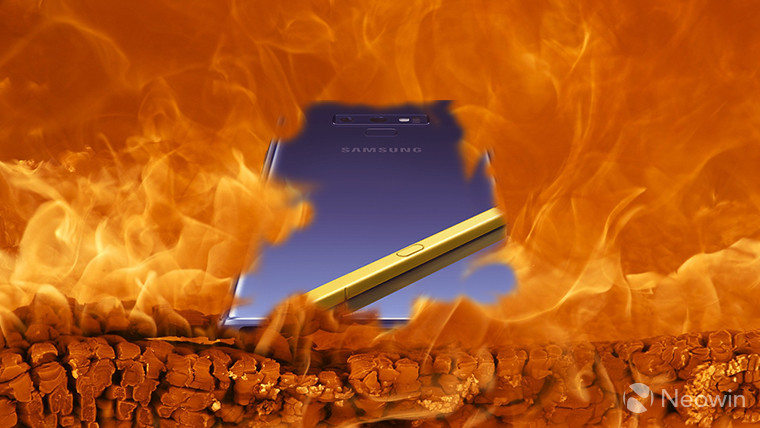 Over the weekend, the New York Post reported that Samsung's Galaxy Note9 caught fire in a Long Island woman's purse. Diane Chung, a real estate agent, said that on September 3, she was in an elevator and her phone became hot. She placed the phone in her purse, and shortly after she heard a whistling sound, followed by smoke coming out of her bag.

Apparently, the smoke was so thick that it was hard to see in the elevator. Chung started pressing buttons in the elevator, and eventually made it to the lobby of the building, where she kicked the Galaxy Note9 out of the elevator. After that, someone picked up the phone and dropped it in a bucket of water.

Diane Chung is suing Samsung over the incident, citing the 2016 mess that involved the Galaxy Note7 catching fire. Eventually, that device had to be permanently discontinued, after multiple reports of it catching fire. In fact, the devices were recalled, and even the replacement units were catching fire.

Since then, Samsung has spent a fair amount of time apologizing to its fans, and this year, it's been boasting how safe the Galaxy Note9 is. As you'd probably guess, Samsung now takes more steps than it used to to make sure that its batteries are safe.

This is more than likely to be a one-off event. Lithium-ion batteries can catch fire sometimes if they're overcharged or overheated, and this can happen by using third-party chargers. But given Samsung's history with the Galaxy Note7, you'll want to be aware of this, because if it starts to happen regularly, it's going to be another mess all over again.