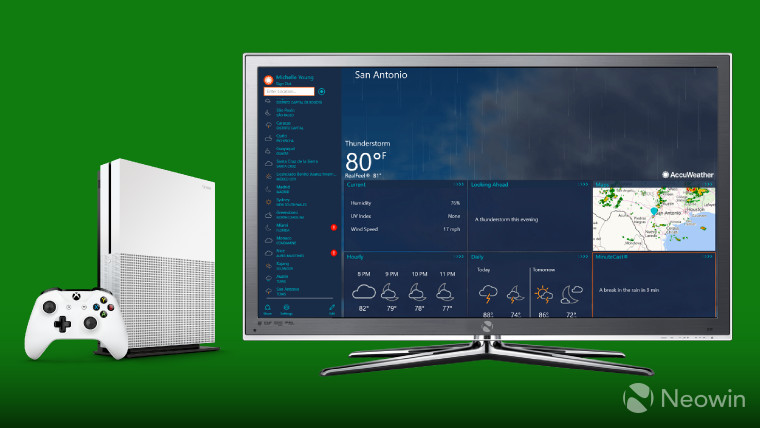 Back in December, AccuWeather launched a Universal Windows Platform app for Windows 10 devices, and it's now expanded its availability further.

The app included a refreshed interface - similar in style to that of Microsoft's Windows 10 apps - along with other features, such as support for multiple Live Tiles on the Start menu, and Cortana voice interactions.

Now, as Windows Central reports, AccuWeather has updated the app, and the most significant news on that front is that it's now available on the Xbox One.

But the update also brings new features, including the ability to customize the layout of the main summary page. Additionally, AccuWeather has introduced more detailed information and graphs for hourly and daily forecasts.

And as you'd expect, there also various unspecified bug fixes and other improvements in the update too.

You can download AccuWeather free from the Windows Store, for Windows 10 PCs, Windows 10 Mobile, Windows Holographic (HoloLens) and the Xbox One.