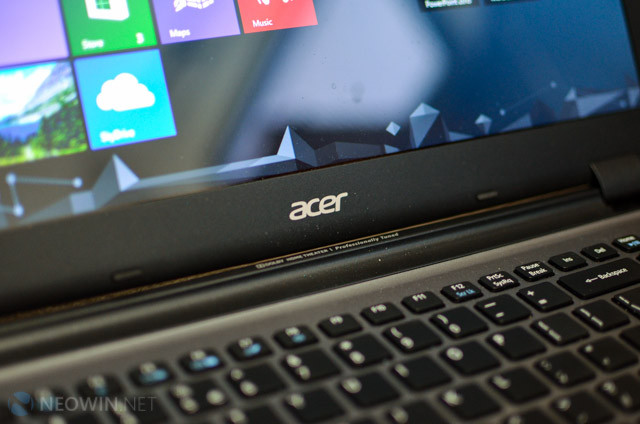 Acer executives have been some of the most vocal when it comes to discussing Windows 8, often slamming the operating system from various angles; the company has stated that Windows RT has "no value," that Windows 8 is "not successful," and that the Surface is "confusing" to customers. Despite all of this, the company has high hopes for Windows 8.1, which it believes will address a number of issues with Windows 8.

Acer President Jim Wong told the Wall Street Journal that his company told Microsoft that Windows 8 needs a balance between touch and non-touch features. "The world in the next five years is not going 100 percent to touch," he said. "Although touch makes a lot of possibilities for PCs, you need to take care of the rest of the world that doesn't need touch."

Executives at Acer have said that Microsoft is starting to listen, saying the Windows creator is becoming more "considerate" to suggestions and that they're adopting them "at a high percentage." Acer Chairman J.T. Wang also chimed in, saying that now Microsoft "go down to earth and they start to learn how people living on earth think" after "[living] in heaven."

Microsoft's Tami Reller has stated that Windows 8.1 (codenamed "Blue") will take the opportunity to respond to the feedback consumers have given in regards to Windows 8, while she also hinted the learning curve will be addressed. More information about what we should expect in Windows 8.1 will be released in the coming weeks, with a full reveal expected at BUILD 2013 along with a customer preview.