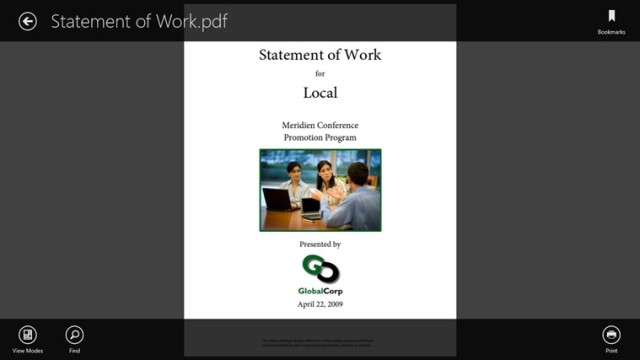 In February, Adobe updated its PDF reader app for Windows 8, changing the name from Adobe Reader to Adobe Reader Touch in the process. This week, the app received a new update and it adds a feature that we think will please most every Windows 8 user.

The change note on the Windows Store page show that new version allows users to actually print PDF files from the Adobe Reader Touch app. This is something that really should have been available from the start, but it's nice that Adobe has finally gotten around to adding this fairly basic feature to the app.

The Adobe Reader Touch app is still one of the top 50 most downloaded free Windows 8 apps in the Windows Store, and we suspect this new feature will boost its popularity even more. Folks who prefer the traditional desktop UI should continue to use the free Adobe Reader software for their PDF reading and printing needs.