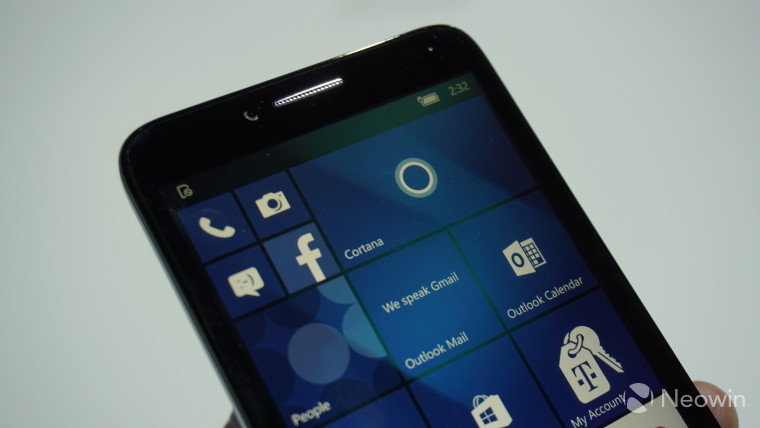 Alcatel's OneTouch Fierce XL smartphone with Windows 10 Mobile was announced to be headed to T-Mobile US soon after its launch at CES last month. A report has now revealed that the device will be going on sale from the carrier starting tomorrow.

According to Windows Central, the Fierce XL will be available from T-Mobile US for an alleged price of $139 with no contractual obligations to the carrier. However, it is likely that the device will be locked to the network. MetroPCS, a subsidiary of T-Mobile US, has already begun selling the smartphone for the same price.

The OneTouch Fierce XL will be the first Windows 10 Mobile powered smartphone to be available on T-Mobile, as the flagship Lumias were once again picked up by AT&T in the United States. However, the device isn't in the same league as those devices, due to its specifications which are as follows:

T-Mobile should be making an official announcement about the Fierce XL's pricing and availability soon, if it is to start selling the device tomorrow.