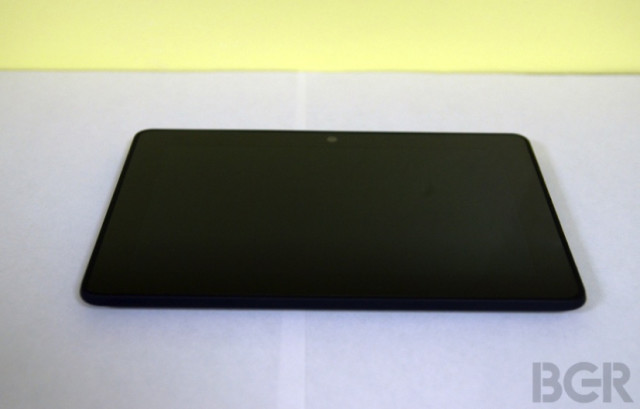 Amazon has been selling full fledged tablets since 2011 with the first Kindle Fire, and this fall the online retailer is expected to launch at least two new models of its Android device. Today, Boy Genius Report claims to have secured the first images of what one of those two new models will look like.

BGR, who has previously posted what it says are the hardware specs for the new Kindle Fire HD tablets, has uploaded images of what it says is the smaller 7-inch Kindle Fire HD 2. It claims that the upcoming larger 8.9-inch model is otherwise nearly identical to the 7-inch version.

The photos show that the tablet's design has more of an angular look than the current Kindle Fire tablets, and the buttons have also been given a makeover. The speakers on the new version are supposed to be on top of the device as well. It's possible that these photos are of a prototype version, and as such some small details could change compared to the final product.

BGR's previous story claimed that the new 7-inch Kindle Fire HD 2 will have a 1920x1200 resolution display and have a Qualcomm Snapdragon 800 processor, along with 2GB of RAM. The 8.9-inch version is supposed to have a 2560x1600 display and an eight-megapixel rear camera. Today's new story speculates that the 7-inch version will go on sale first in a few weeks but that the 8.9-inch model won't start shipping until November.