Amazon's e-reader, the Kindle, has today received a makeover, with a new, slimmer range announced.

The Kindle, one of the first e-reading devices to hit the market, still remains one of the most popular e-reader devices on the market, although in recent times has become overshadowed by hot new tablet devices including Apple's iPad, which allow users to read e-books and do much more despite being priced higher.

But Amazon hopes the latest makeover -- which will see the Kindle become 21 percent smaller, 15 percent lighter, have up to one month's life of battery use and double the storage from the previous iteration -- will keep the device attractive to those seeking a quality e-reader without the high price tag of a tablet device.

Other features include improvements on the device's 6-inch e-Ink screen, quieter page turn buttons, the ability to share meaningful passages with friends and family over Twitter or Facebook, an improved PDF Reader, updated web browser and new Text-to-Speech capabilities. Users can also purchase a new leather cover which features a reading light to allow you to read the screen.

And in a first for Kindle devices, Wi-Fi connections are now supported alongside 3G connections, with users able to select from a Wi-Fi only edition of the Kindle or a Wi-Fi and 3G capable model.

The updated Kindle models will begin shipping to around 140 countries from August 27, with pre-orders for the Wi-Fi model (US$139) and 3G-capable model (US$189) now being taken. 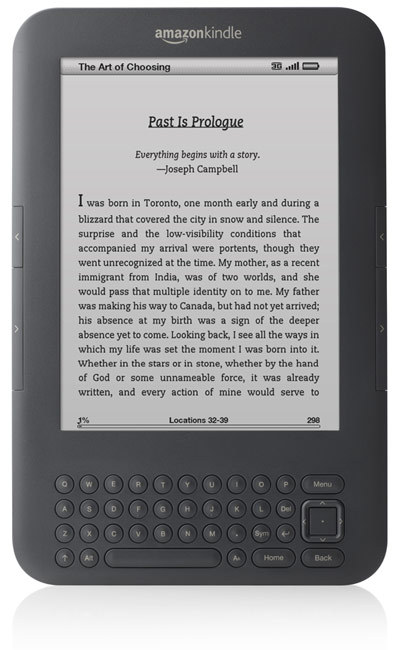