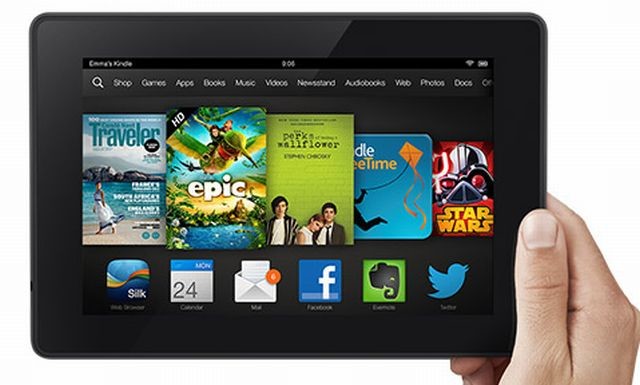 Last week, the U.S. Federal Aviation Administration announced that it has changed the rules on how electronics can be used on commercial airlines, basically allowing nearly every device to be used in all aspects of a flight, including takeoffs and landings. Amazon apparently saw that move as an opportunity to hold a one day sale of some of its recently launched new Kindle Fire tablets.

For today only, the seven inch Kindle Fire HD and HDX models are on sale for $118 and $195, respectively, which is a 15 percent discount. That same price cut is being offered on the Kindle eReader, cutting its price down to just $59. There is a tiny catch. Today's one day sale is only available if customers type in the promo code "ThnksFAA" at checkout (and no, that's not a typo).

The new Kindle Fire tablets only started shipping a month ago so it's a tad unusual to get a discount this early, even if it is just for one day. Here's a quick look at some of the specs of these new tablets:

Just a reminder; the sale only extends to the seven inch Kindle Fire tablets, not the larger 8.9 inch versions.