PowerColor models of AMD's upcoming RDNA 2-based Radeon RX 6600 XT have been listed online by a store called PB Technologies. The outlet is located in Auckland, New Zealand and it has listed three models of PowerColor models which are:

The listings suggest that all three models will seemingly be available later this year on September 16. This is far off from the rumored launch date of the card that's purportedly going to happen on August 11 according to a report from Fudzilla and this report further claims that aftermarket AIB models will be available on day one. 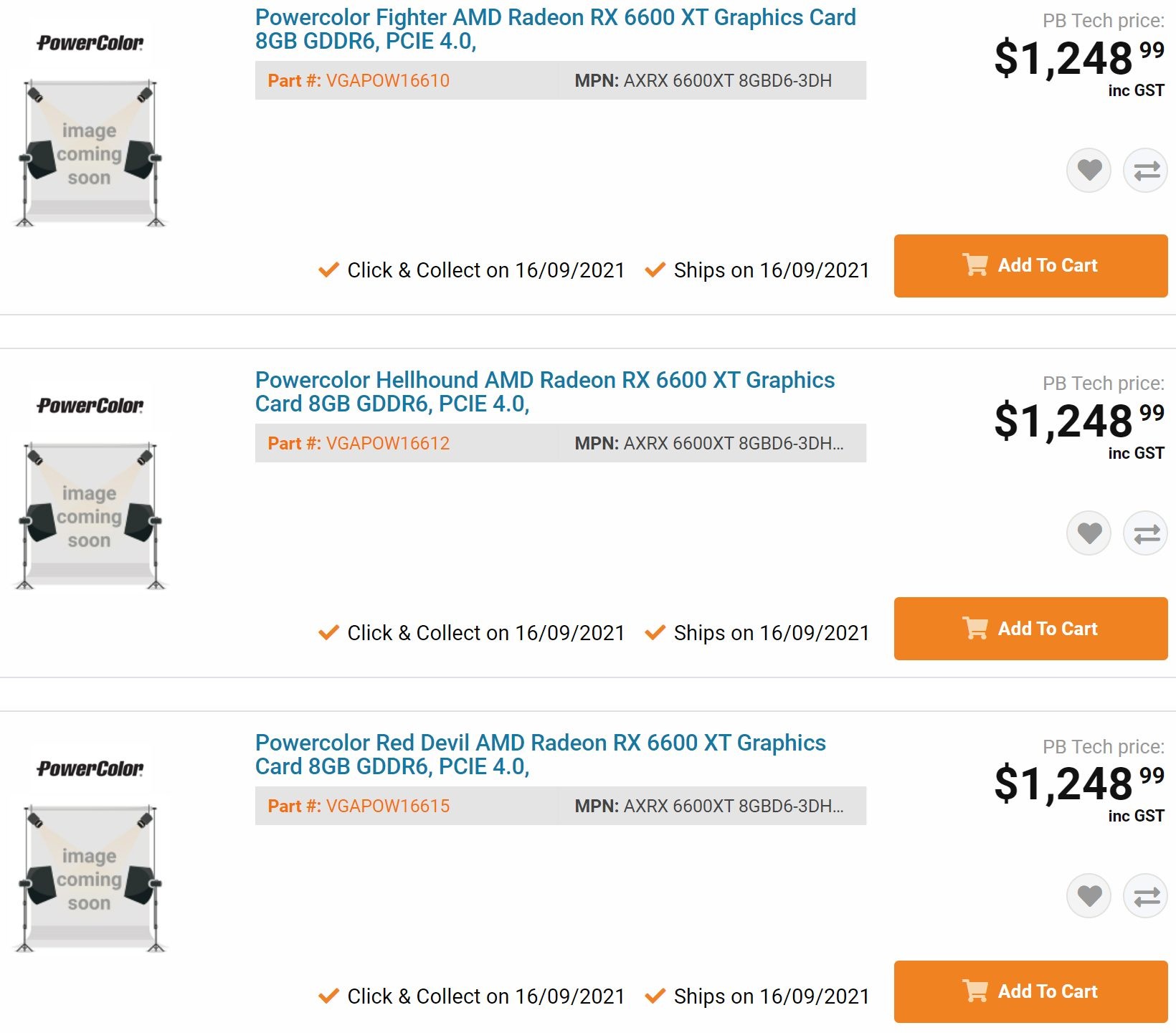 However, there is also reason to believe that the September 16 launch date could simply be some placeholder value as the prices of all the variants are also the same at NZ$1,248.99 (which roughly converts to ~US$870), and it would be really unusual for a premium model like the Red Devil to be priced the same as a lower-end Fighter version.

And there is more reason to believe that the launch is indeed going to happen sooner rather than later because PowerColor itself had mistakenly put up the names of RX 6600 XT and RX 6600 recently, which were later removed.

From earlier leaks, we have learned of the purported specifications of the RX 6600 XT and the 6600. The 6600 XT is expected to pack the full Navi 23 chip with 32 Compute Units (CUs) or 2,048 Stream Processors, while the cut-down RX 6600 will reportedly have four fewer CUs or 1,792 Stream Processors.