Gabe Aul, who has been the head of the Windows Insider Program since day one, is passing the big red button to Dona Sarkar. 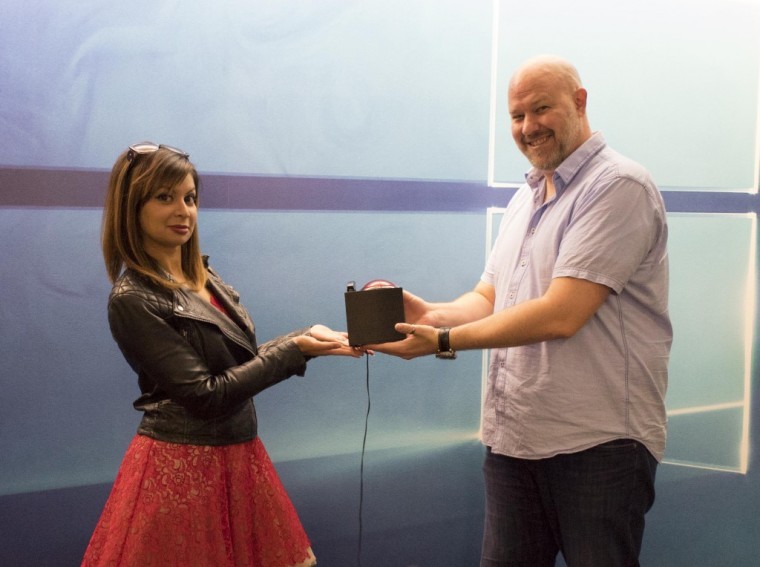 From now on, Sarkar will be the one that we must go to in order to beg for new Insider Preview builds and to complain about existing ones. You can find her @DonaSarkar on Twitter.

It would be a massive understatement to say that Gabe Aul has been a good sport in dealing with the Twitter masses. Under his watch, Microsoft has released 35 PC and 22 Mobile builds over the span of 18 months, but that's not all, because every single day he was asked about new builds and on most days, he responded.

In August of last year, Gabe moved to the Engineering Systems Team in WDG while also staying on as the head of the Insider Program. He says that over the last few months, he's realized that he can't give 100% of his efforts to both positions. Indeed, it would seem that Brandon LeBlanc and Jason have been filling in some of the gaps left.

When the Insider Program started up, Gabe had just six Twitter followers, saying, "and I think one of them was my mother". And now, he has over 130,000. At the time of this writing, Dona has a mere 5,865, but that number is sure to jump, especially as new builds get released.

Growing up in Detroit, Dona says that she has been waiting 11 years for this job, saying, "I am very excited about understanding more about what people need from their technology. When I look at businesses, I’m very interested in getting a better feeling for what they are trying to achieve and how we can help."

She started out her career with Microsoft as a software engineer on Windows Vista (don't worry, it gets better). Features such as AutoPlay, Bluetooth, and Blu-Ray integration are all hers. If you've ever used the File Explorer in Windows 7 or 8, you've seen her work.

In fact, she was also in charge of the entire search experience in Windows 7 and 8, saying "Any time you needed to find something in Windows, you used my feature. That’s my baby!"

More recently, she has been working with the HoloLens team, in charge of the developer engagement program. She said, "All of my experience with HoloLens will fold very well into Insiders, because everyone who owns a HoloLens is an Insider."

Gabe says he won't be going too far, considering that his team produces the builds that are released, but he'll be taking a more behind-the-scenes role.

He also promises that we are all in "GREAT" hands with Dona. Once again, you can find her on Twitter @DonaSarkar.