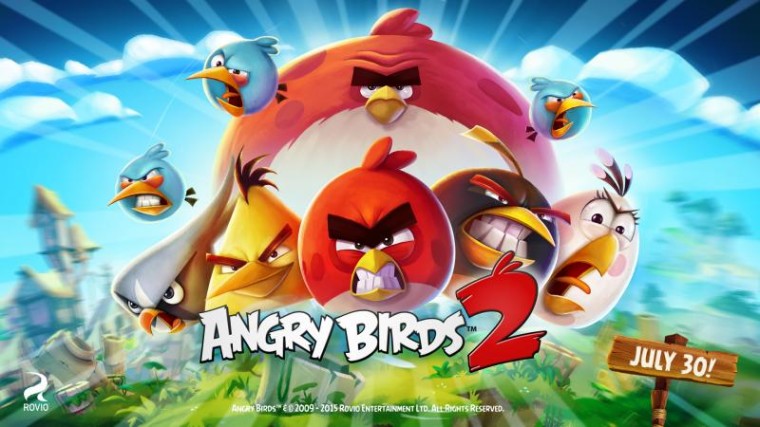 In 2009, Finnish developer Rovio released Angry Birds and, ever since, the company has ridden a wave of success. The original app was at the top of the iOS App Store within six months and its incredible success led the developer to create numerous spins-off.

These took the band of adorable - and yet still rather angry - birds on a tour of space, Star Wars, and soon, to the silver screen and beyond, on their quest to defeat those pesky pigs. And on July 30, you'll be able to play the sequel to the original.

With 3 billion game downloads, millions of fans across the globe, multiple mashups and spin-offs, collaborations with A-list celebrities and much more, we’re really proud that Angry Birds is the mother of all mobile game apps. And now we’re proud to announce the mother of all sequels – Angry Birds 2!

Rovio hasn't revealed too many details about what to expect but the original game - and its spinoffs - involved the player firing an assortment of deadly birds off a slingshot. While no platforms have been announced, you can be sure that iOS and Android will be supported (but we'll have to wait and see about Windows Phone).