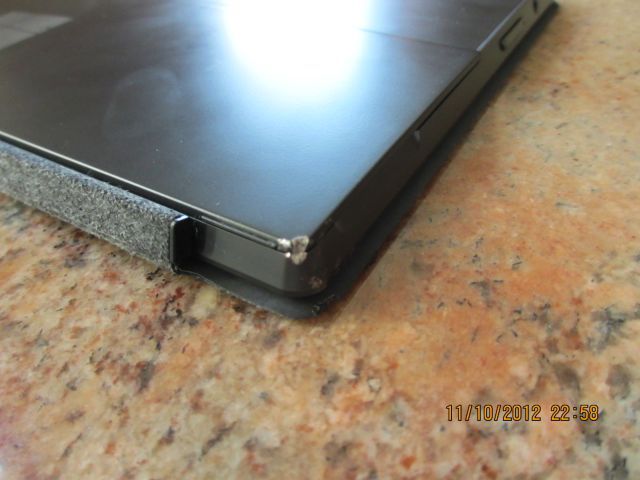 Last week we reported on a man in Los Angeles who had bought the new Surface tablet from Microsoft, which continued to work even as it tumbled off the roof of his car after he accidentally placed the tablet in that location. Now, yet another owner of the Surface reports that he had the same thing happen to him on Saturday, and the Surface kept on working.

Rob Waldhauser of Kingsville, Maryland posted up his account on the WPCentral.com forums. Basically, he left the 64GB version of the tablet on top of his car and then started driving to work. A few minutes later, he noticed that the Surface was not next to him in the car and realized what he had done. He doubled backed down his route and found the Surface on the side of the road.

That's what things got ... interesting. Rob writes that before he was able to reach the Surface, a car came by. As he states:

The tire of the car ran completely over the Surface and next thing I saw was my brand new $700 tablet and touch cover flying through the air in separate directions! My heart jumped, and so did I! I jumped out of my car and ran across the street to first grab the tablet, then the Surface, and then my phone which of course fell out of my lap during all this. I jumped back in my car just before 60 mph traffic made its way to me!

While there were some scratches and pieces of the case that had chipped off, the screen was undamaged and, yes. the Surface itself was in full working order even after that ordeal. Rob states:

The Surface feels completely sturdy, exactly like how I got it. Everything works in it, even the touch cover (which got a slight tear in it) works completely fine! Microsoft has made such an incredible product, I am completely speechless how this could happen!

The lesson of this story? People really, really need to stop leaving their tablets on top of their cars! Oh, and the Surface is very well made.