Last year, YouTube received a design refresh that rebuilt the website using Google's own Polymer library. On one hand, it looked spiffy and modern, but it started running terribly on my browser of choice, Microsoft's Edge. On the other hand, I didn't want to let go of YouTube's new dark theme either, so I ruled out the option to roll back to the older design.

Fortunately, I found my way to Christopher Blackman's excellent UWP YouTube app, MyTube! , on the Microsoft Store. Yes, the hearty exclamation is part of the name. However, for brevity's sake, I'll omit it henceforth.

MyTube covers all the basics - 4K playback, support for videos with different frame rates, live videos, and so on. I haven't really run into any playback issues - barring the occasional bug-related hiccup that the dev quickly patches-, so with that concern out of the way, here's a deeper dive. 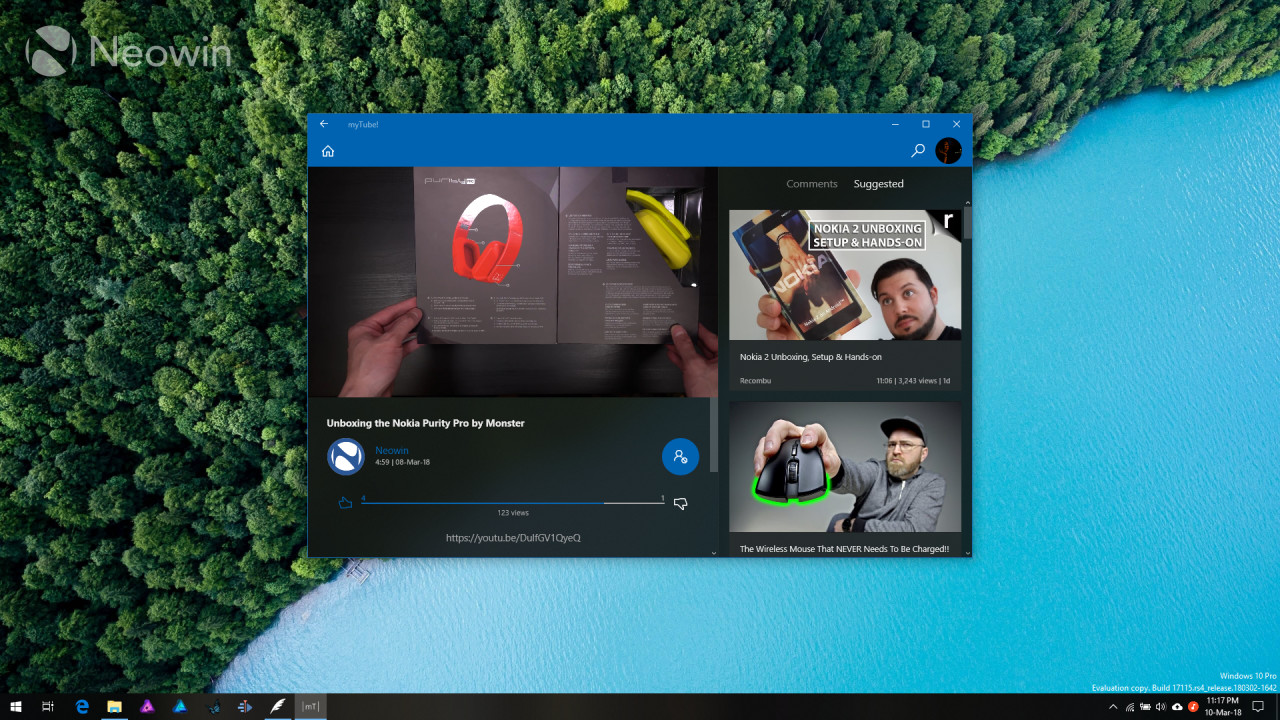 The app is very easy and straightforward to use, and sports the usual set of theming options that many good UWP apps come with. But as much as I think MyTube looks nice, I'm not a fan of its interface.

MyTube makes copious use of Microsoft's new Acrylic material - that lends every window a bit of blurred translucence -, but it unfortunately takes it too far. Seeing it just about everywhere in the rather homogenous grid-of-rectangles approach to a user interface defeats the purpose of the design element in the first place. It ultimately makes the app look uninteresting.

There's also a TV-mode, which hides most UI elements for easier use on larger screens. This looks pretty bad, though. An ocean of rectangular thumbnails without adequate padding between them making it difficult to distinguishing one from another. But once we move beyond the visual aesthetic, the feature-set of the app is where, to me, it undeniably shines. 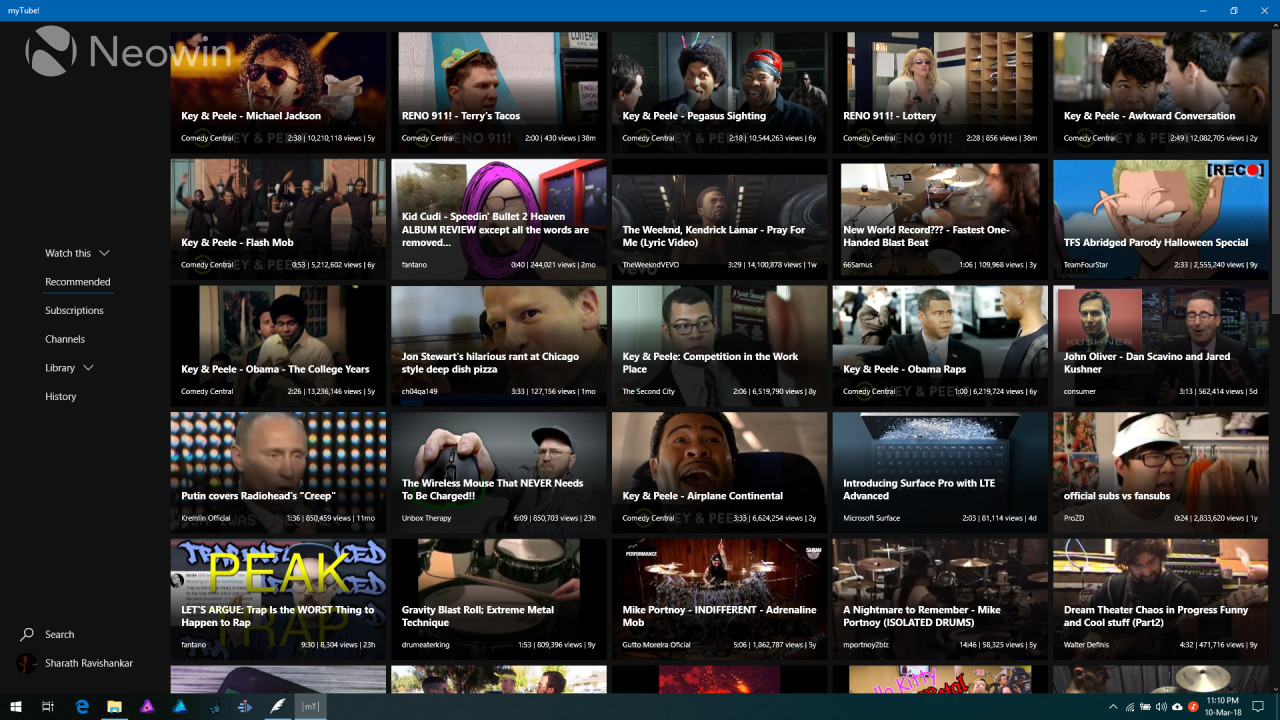 Besides playing videos, you have the option to download them for offline use. The app allows you to download videos directly from YouTube's servers to its own subfolder under Windows' default Videos folder. This results in 360p and 720p videos being downloaded in the MP4 format, but other resolutions are downloaded as separate MPEG DASH-audio and DASH-video files in the same folder. One thing you can do with MyTube that you can't elsewhere is to both play and download just the audio without the accompanying video. To anyone with limited space on their device, this can be quite useful.

MyTube boasts a right click/add-video-to-queue feature that neither YouTube's website nor its apps implement outside of its playlist mode. However, for some odd reason, there's no apparent way to see the queue of videos you make. 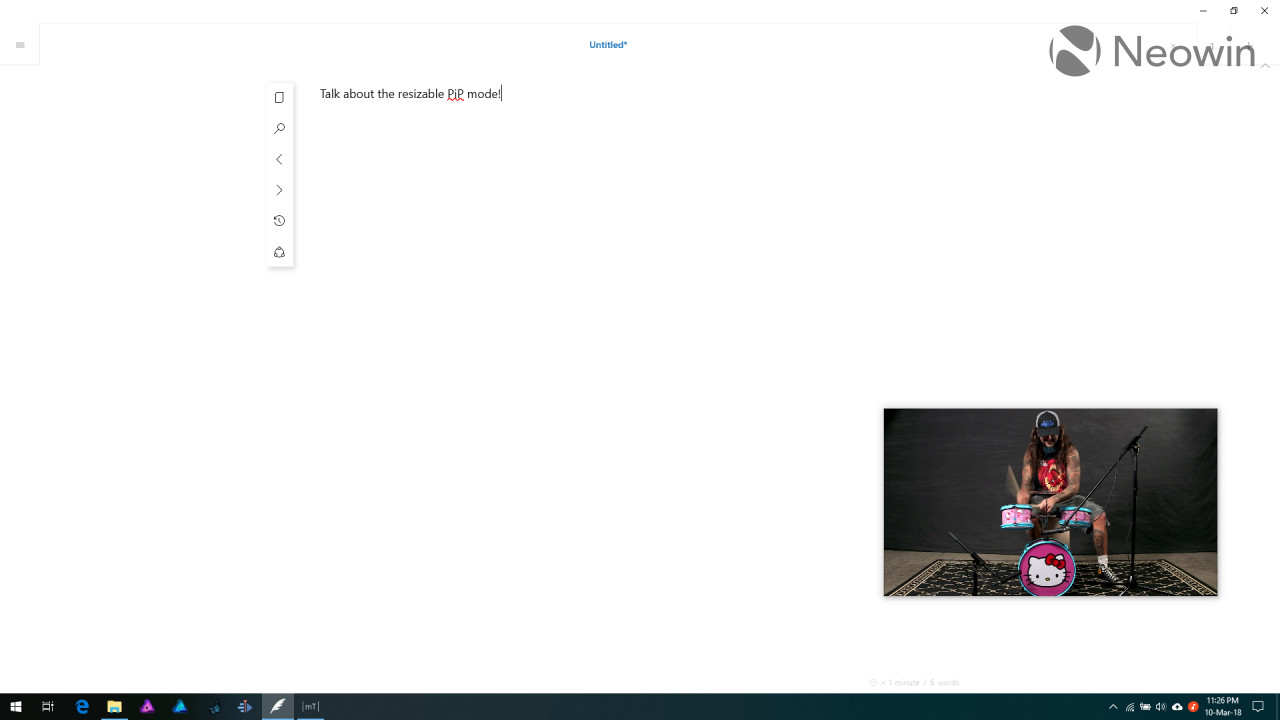 A personal favorite feature of mine is easily the implementation of Windows' picture-in-picture API, that lets you watch a video in a small, floating window that you can place anywhere on the screen while you use other programs on your computer. As someone who works primarily on a laptop with a small 14" screen with enough proper real estate for one task at a time, this comes in handy very often.

MyTube sports a "watched" tag for videos you've already seen, like YouTube has had for a long time. It, however, doesn't play well with first-party YouTube apps and website - videos marked as "watched" inside MyTube show up as only partially seen when you visit the website. This may be a limitation inherent to being a third-party app.

Lastly, a useful detail implemented is the option to use a less-snappy, Google-built, YouTube player to handle video playback. The dip in performance, though noticeable, allows creators to monetize the views they receive through the app. 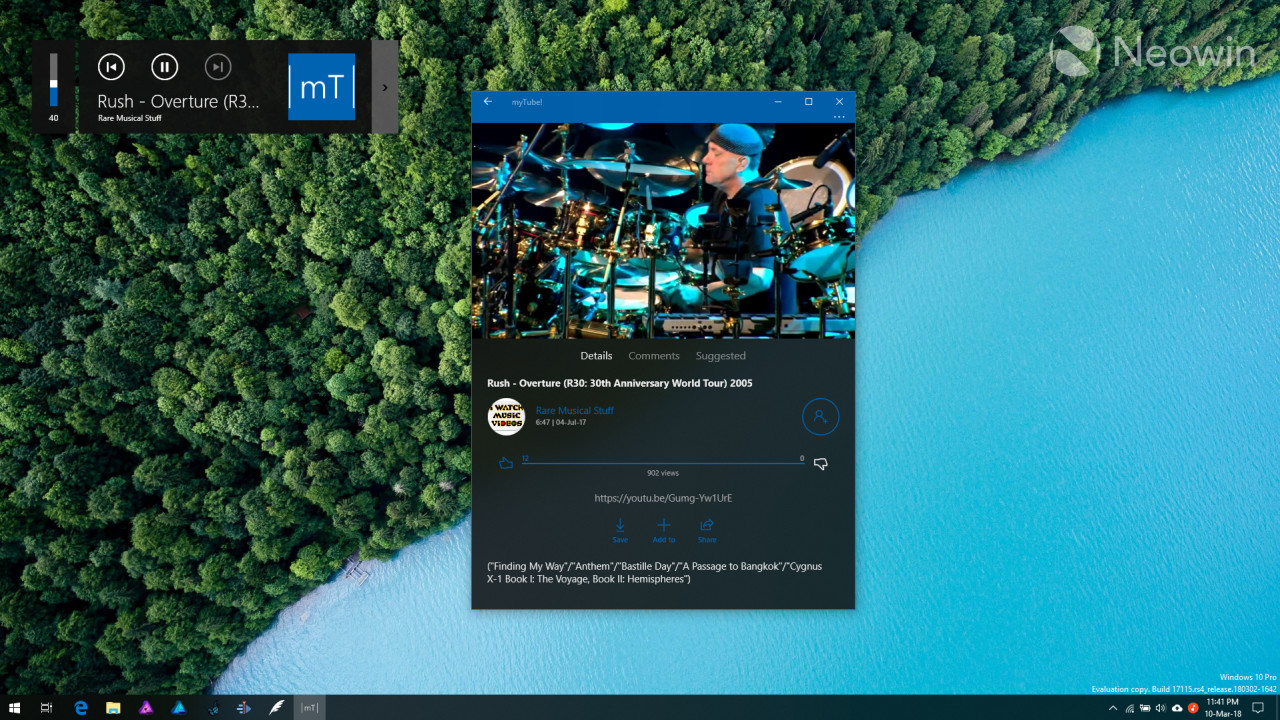 All in all, MyTube is a strange beast. It handily proves its usefulness through its impressive offering, but it's also hampered by half-baked implementation of certain features. I certainly wish it could be better on some fronts - such as better execution of its queuing feature - but in the end, it's indispensable to me, as I don't see any of its relatively minor shortcomings as dealbreakers.

Editor's Note: This article incorrectly stated that although the app offered the ability to save videos offline, they were unavailable outside of the app's sandboxed environment. It has since been corrected, we apologize for this error.