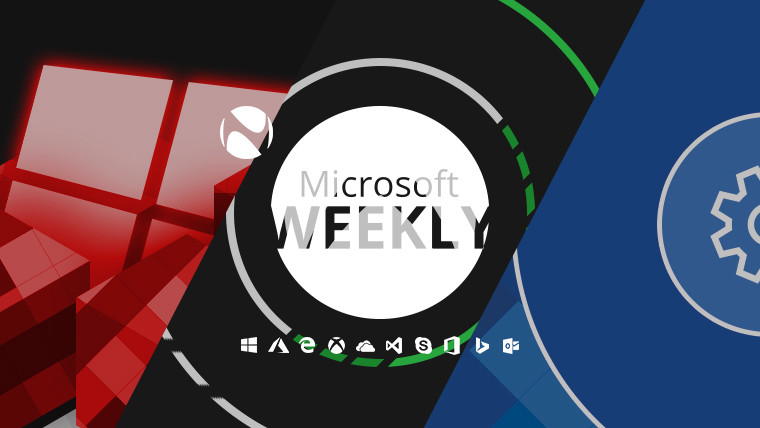 It’s the start of a new season, and indeed that of a batch of fresh things from the campus over in Redmond. The continuation of the Redstone branch, some noteworthy developments around gaming, and changes made aplenty, are all here in your Microsoft digest for the week of March 3-9.

As the fourth redstone vein is nearly dry, Microsoft is orienting its pickaxes towards other, more rich deposits. Either way, there’s plenty here for all. 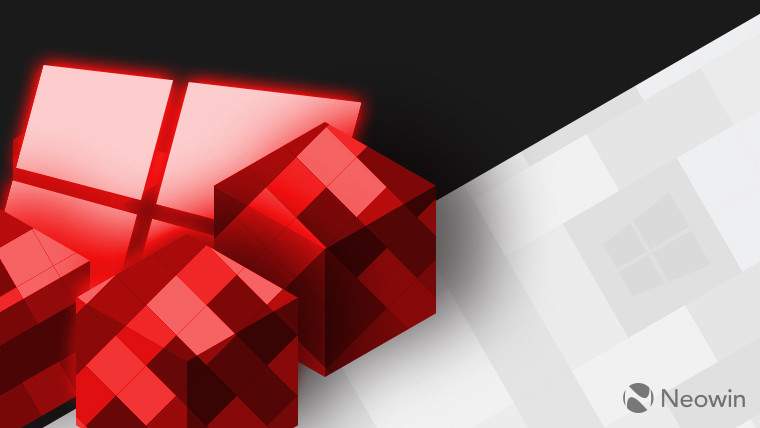 Almost drawing the RS4 branch to a close is build 17115, released on Tuesday to Insiders in the Fast ring. There’s not much in the way of new features, as Redstone 4 – or the ‘Spring Creators Update’ (SCU), to give it its bizarre official name – is right around the corner. However, users can look forward to a refined privacy section during install - with added settings for Find My Device, as well as Inking & Typing – and Windows Mixed Reality improvements. Issues surrounding the Microsoft Store, OneDrive, and touch keyboards have been addressed, with no known issues. If you’re a developer looking to target the SCU, you can take advantage of the newly released build 17110 of the Windows 10 SDK.

Those who were lucky enough to get in the Skip Ahead section of the Insider Program were presented with build 17618, the second one in the Redstone 5 branch. Its most notable feature is the returning Sets capability, which allows you to have windows in your windows. In other words, you can create groups of apps, with each individual application appearing as a tab – similar to the way Groupy works. Even more interesting is the fact that you can now add Win32 apps to the group as well, whereas previously only UWP apps were allowed. Keyboard shortcuts, though few, have also been introduced to Sets. Build 17618 brings a laundry list of fixes with it, but a few serious known issues too, among which is the Microsoft Store potentially being broken or disappearing altogether. And no, this is not a feature.

What is a feature though, is the sizable enhancement of OneNote for Windows 10’s cross-platform capabilities. Although you need to be part of the aforementioned Skip Ahead subset of Insiders, the newly released version 17.9126.2036 allows for the creation of personalized pens and highlighters – which sync across devices -, as well as the relocation of notebooks from local storage to OneDrive. You’ll get notifications when someone edits a shared notebook, too. 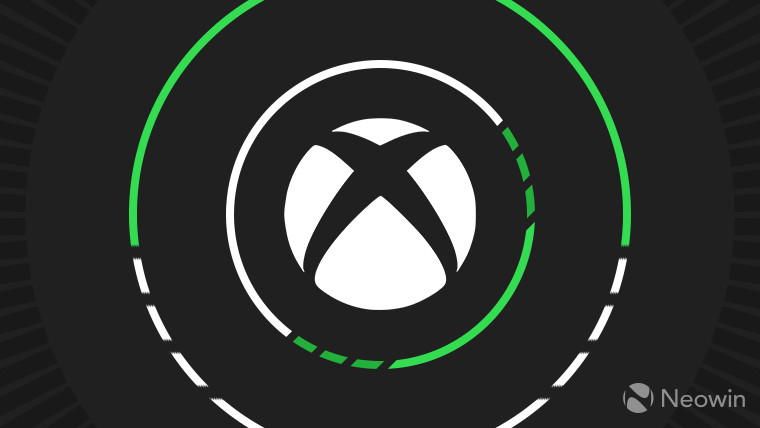 Speaking of things to look at, Microsoft is reviving its Inside Xbox show, which initially began broadcasting in the 360 days nearly a decade ago, but was canceled in 2012. The new iteration seeks to continue the theme of fan interaction, all streamed in 4K UHD each month. The first episode of the new series kicks off today, at 12PM PST.

What doesn’t kick off at that time however, since it’s already available, is the array of Deals with Gold for both Xbox 360 and Xbox One games. You’re free to pick whichever you to want, with up to 85% off Lara Croft and the Temple of Osiris on the One, the same big discount on Deus Ex: Human Revolution on the 360, and many, many more.

If you’ve been holding out wondering about its fate, State of Decay 2 will finally make its Xbox One and Windows 10 debut on May 22. But that’s not to say you can’t enjoy your existing games like Hitman: Blood Money or LEGO Star Wars III, both of which have been added to Xbox Backward Compatibility this week.

Though not this week, however sometime down the road ‘Mixplay’ could potentially make an appearance too. This is a new video editor from Microsoft, apparently geared towards gamers and employing the Software-as-a-Service model. The name is of course derived from the software giant’s very own Mixer streaming service.

In a not too fortunate turn of events, Subway Surfers, an endless runner game available for iOS, Android and Windows phones, has reached the end of the road on Microsoft’s mobile platform. Existing owners will be able to still enjoy the title, but no further updates will be provided, and you won’t be able to download it again once it disappears from the Store at an unspecified date.

Changes are to be seen

As illustrated in the last example above, beyond death and taxes, change is another thing you can count on happening. And boy were there changes aplenty these past seven days. 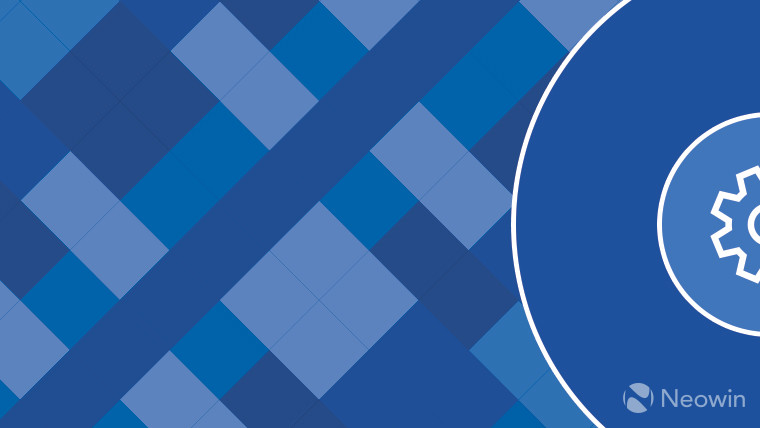 Folks on the current version of Windows 10, the Fall Creators Update, got a change of build this week, with 16299.251 (KB4090913) popping up, ready to install. If the FCU has previously caused you grief with either built-in or USB devices not working, this update should fix things.

Those on 1703 (Creators Update) haven’t been forgotten either, since the newly released cumulative update KB4092077 fixes an issue surrounding localized UIs. No change in build number though.

Windows Phone 8.1 users also received some attention, even if not the kind they’d particularly enjoy. Happily however, the app download bug has been solved.

Taking to the stage at its latest Windows Developer Day, Microsoft underlined the AI capabilities in the Spring Creators Update, with emphasis on the “pre-trained” AI and Machine Learning models that developers can use in their apps. A recording of the event is available for those with 75 minutes to spare.

And since we’re on the subject of AI, Microsoft’s digital assistant, Cortana, is putting its wit to good use in conjunction with Outlook Mobile. You’ll be able to take advantage of her capabilities if you’re on Windows 10 or using the Invoke smart speaker.

Given that support for Outlook Web App on iOS and Android is apparently coming to an end, it’s very likely that Cortana will soon be helping out with your Outlook emails on Apple and Google’s mobile platforms too.

If you happen to be on Android, a beta of Microsoft’s Launcher was updated to version 4.7. On the off chance that the platform holders are reversed, you can also look forward to Chrome’s support of native notifications on Windows 10.

One last thing about Microsoft’s flagship operating system: there’s no more Windows 10 S, rather an S mode is coming to all SKUs starting this spring, and not next year as you may have heard. For those who bought a device with Windows 10 S, upgrades to the full-fledged OS will be free.

We end with some media. No, not the image below, but Windows Media Player. 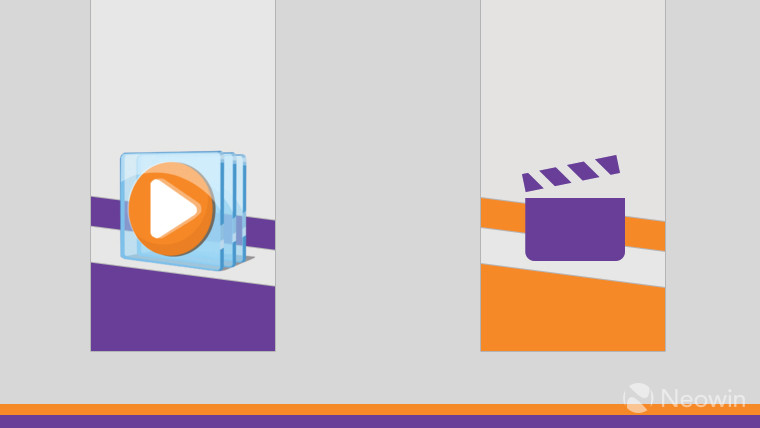 Trying its best to move users to the new and, some argue, improved ‘modern’ side of Windows, Microsoft has decided to provide helpful pop-ups. You know, the ones that, for example, suggest you try Movies & TV instead of that aging Media Player you seem to be content using. Surely, the fact that you can watch 4K and boost battery life – however vague a statement that may be – should convince anyone to switch.

While good, these features pale in comparison to even that antiquated WMP that Movies & TV is trying to replace. Alas, until the modern app becomes more full-featured, the only switch users are likely to make is from having that pop-up, to not having it anymore.