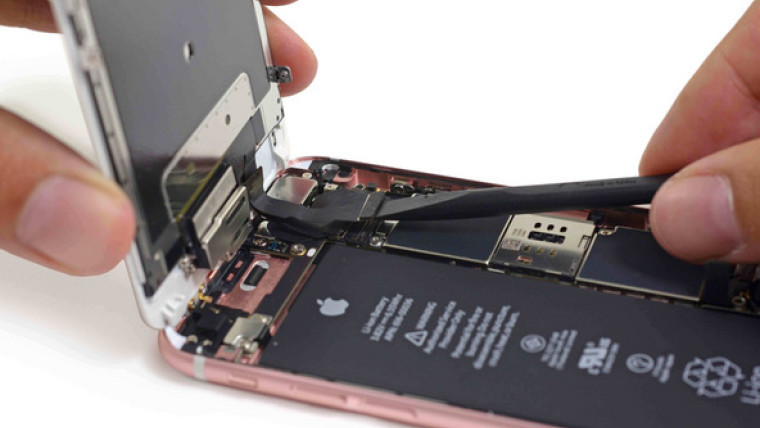 Apple’s devices are not the easiest electronic gadgets to repair, often requiring proprietary tools that make it difficult for third-party repair shops to fix these devices properly.

This was most notable last year, when an iOS update bricked the iPhone 6 en masse, displaying a mysterious ‘Error 53’, with the cause being related to third-party repairs meddling with the Touch ID sensor; Apple ended up issuing another iOS update to make these devices usable again but disabled the Touch ID sensor.

The Australian Competition and Consumer Commission initiated legal action against Apple this year with regards to ‘Error 53’, alleging that Apple “made false, misleading, or deceptive representations about consumers’ rights under the Australian Consumer Law.”

Whilst the ubiquitous mom-and-pop repair shops dotted across the country may not be able to easily repair the iPhone, Apple does have a network of authorized third-party partners who can fix these precious devices without voiding Apple’s warranty.

There is, however, a slight problem with these authorized partners: they can repair the iPhone, but they must ship it to Apple for further verification and calibration, before returning the device to its owner. Apple Store, on the other hand, offers same-day repairs.

Apple is now running a pilot program to fix this issue by providing three of its authorized partners with the infamous ‘iPhone Calibration Machine’ that is capable of verifying and calibrating an iPhone’s 3D Touch and multi-touch features while ensuring that the Touch ID sensor works after a repair, along with meeting Apple’s security standards.

The machine works with all models of iPhone 6s and iPhone 7, with the entire process taking a mere 15 minutes. That’s a massive improvement over the unpredictable nature of shipping a device back and forth between Apple and the repair shop.

At the moment, only the Santa Clara-based ComputerCare is confirmed to be in Apple’s pilot program, with the other two authorized partners yet to be named.

It’s a step in the right direction, but most smaller, independent repair shops still won’t be able to fix an iPhone anytime soon. That said, if the pilot program is successful, Apple may consider expanding it to a larger number of authorized partners.