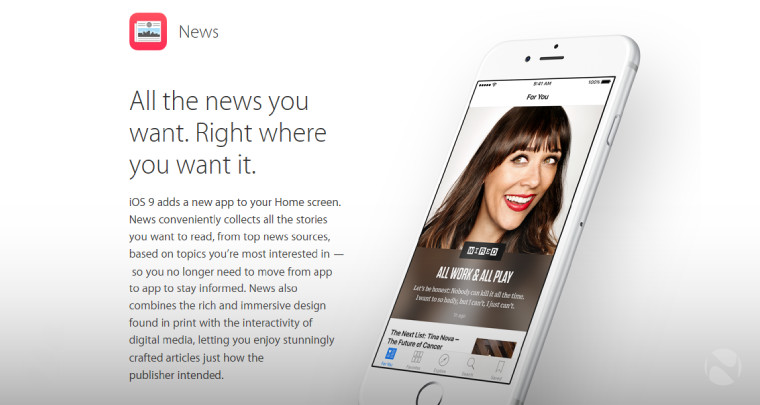 Earlier this year Apple acquired the magazine subscription app and service Texture. The USP of the service was letting users access over 200 magazines for just a single subscription fee of $9.99.

“We're excited Texture will join Apple, along with an impressive catalogue of magazines from many of the world's leading publishers,” Apple's Eddy Cue said of the purchase at the time. “We are committed to quality journalism from trusted sources and allowing magazines to keep producing beautifully designed and engaging stories for users.”

Now it appears that we may know what Apple intends to use its Texture purchase for. According to a report from Bloomberg, Apple is integrating the developers and technology from its Texture purchase into the Apple News team. The firm will be working on turning the News app into a subscription app, just like it did with the Music app after its Beats purchase.

The Apple News app will be evolving into offering a Texture-like service where users can gain access to a bevvy of publications simply by paying a monthly fee to Apple.

According to the report, the newly upgraded app is expected to launch within the next year, and Apple will be giving publishers involved in the program a portion of the revenue.

Online publication TechCrunch raises concerns with this approach, most notably revolving around the implications of giving Apple some direct control over the media. The iPhone and Apple News control how certain news publishers access their readers and concerns have been raised over how Apple will treat outlets which are critical of the firm, or which publish leaks of Apple hardware. TechCrunch also points out parallels between Apple and Facebook's positioning of themselves as a middle-man for publishers, with the publishers carrying the bulk of the risk in both cases.

There is no doubt that such concerns and worries will be on the firm's mind as it moves forward with its plans and makes agreements with various publishers.

We're likely to learn more about Apple's news ambitions either at WWDC or at the launch of the next iPhone in the fall this year.