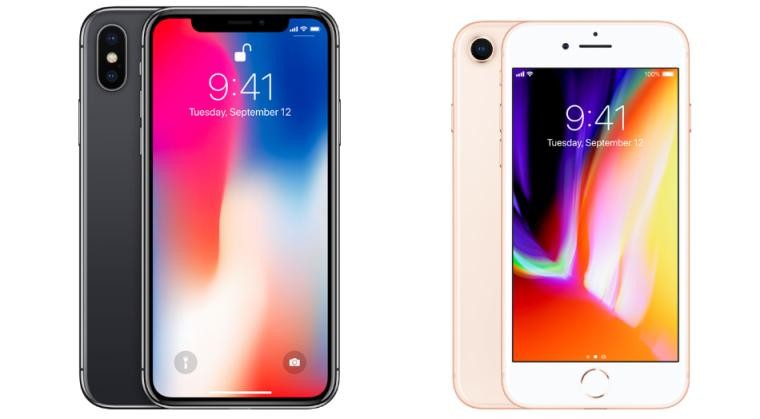 Apple's top-end iPhone X is not even available for pre-order yet, but word is starting to circulate that the $999 5.8-inch OLED display could be dwarfed by two new models coming next year.

Parts makers have told The Investor in South Korea that Apple has submitted screen orders to Samsung Display, its sole OLED supplier, for 5.85-inch and 6.46-inch models. The report says there were plans for a 5.28-inch model as well, but Apple canceled the order, apparently feeling it would have issues marketing a smaller OLED version than the iPhone X.

While it is pushing component orders for the larger OLED screens, Apple has also placed orders with Japan Display for a 6-inch-plus LCD model. The just-launched iPhone 8 has a 4.7-inch display, while the 8 Plus has a 5.5-inch screen.

If these new orders reflect the only new iPhones that Apple is planning for 2018, it would be the first year that the company would not have had a screen option of smaller than five inches. Insiders privy to Apple's thinking believe that bigger screens are a product of the growing trend of users watching videos and other media content on their phones. Another factor is that rival Samsung's Galaxy S8 Plus has a 6.2-inch display, which is markedly larger than the iPhone X. The Samsung Galaxy S9 Plus, which could launch as early as January to counter the buzz of the new iPhones, will reportedly have a 6.22-inch display.

Rumors will continue to trickle out, with nothing official until Apple hosts its big reveal event for its yearly iteration of new iPhones. However, if these reports are accurate, carrying your iPhone in your shirt pocket may not be as viable as it used to be.