In Apple's ever-increasing patent portfolio, it appears as though they have added one relating to a game controller. The patent was filed in March this year and it has been published today, it details a controller that looks pretty much the same as Sony's DualShock line of controllers used with the PlayStation consoles. 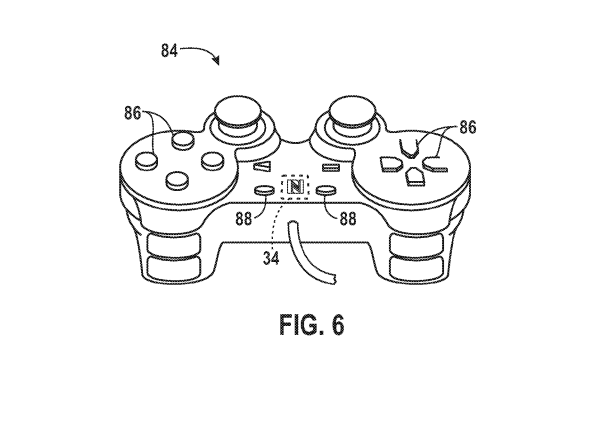 Game Revolution spotted the patent that shows a "schematic of a video game controller for the standalone media player of FIG. 4 or a video game system" - FIG.4 being an Apple TV. Despite the above image showing a fixed cord, after digging deeper into the incredibly long patent application it seems like Apple wants to connect this controller using wireless technologies, including what looks to be NFC for pairing.

Of course as NFC is mentioned visually in many products such as the iPhone, Mac, Apple TV and the controller itself, it seems like Apple is prepared to only support this device in future hardware revisions of these products. Not only that, who knows if this device will ever actually make it to the market, as not everything that is patented does.

However it does show that Apple is gearing up in some way to push their products as more gaming-centric than before, and as GR mentions the Apple TV could easily become a gaming console in a future upgrade as it has hardware very similar to the iPhone/iPad. We can't see Apple going with the exact design used in the patent documents because they will almost certainly be sued immediately by Sony, but a physical controller from the company would greatly enhance the gaming capabilities of their devices.

Via: Game Revolution
Source: Patent PDF | Thanks for the tip soniqstylz, via the forums!