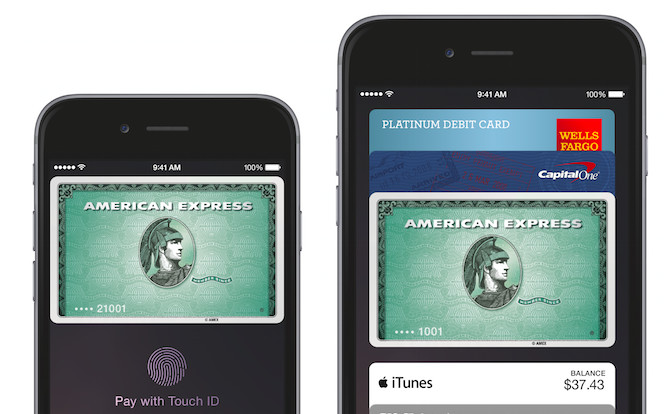 On Tuesday, Apple announced the highly anticipated iPhone 6 and 6 Plus, along with the Apple Watch, and Apple Pay. While it's easy to overlook, Apple will attempt to change the way we make purchases by introducing a new payment system to potentially millions of iPhone 6 and iPhone 6 Plus users come October. But, Apple won't do it alone and will be assisted by start-up, Stripe.

While NFC and wireless payments systems have been around since 2008, there have been a lot of problems getting the system adopted by consumers. Even though many companies have adopted their own wireless mobile payment system, none of these systems have gained traction despite being backed by larger companies like Google and Isis.

In 2014, Apple is aiming to change that by leveraging its technology and partners. Apple Pay will attempt to break through the wall that has stalled mobile payments. Apple Pay will work through an NFC antenna and a dedicated chip called the Secure Element. The system will be supported by American Express, Visa, and MasterCard. The mobile payment system will also be supported by a list of stores that totals in the 200,000+ range.

While a majority of this information was available on Apple's PR site and also announced during the event, Bloomberg was able to secure an interview with Stripe CEO and Co-Founder, Patrick Collison.

How does Stripe factor into Apple Pay?

It seems that Stripe, a start-up formed in 2010, will be providing some of the back-end support and infrastructure for Apple's new mobile payment system. Naturally, Stripe will also be providing support for merchants that have or want to build apps that utilize Apple Pay.

While the methods are nothing new, it is interesting to hear Collison discuss how the transactions will occur and how the integration of Stripe can make it all possible. Stripe is able to offer the infrastructure while still allowing Apple to provide a service that looks and feels distinctively Apple. By working with Stripe, major banking institutions, and credit card company's, Apple is able to build a complete mobile payment system from the ground up.

Although Apple Pay won't roll out until October, anticipation is high for Apple to change the landscape of mobile payments. With over 200,000+ merchants that can accept NFC payments, Apple's playing field is wide open but whether they can change the payment industry forever, that will remain to be seen.

The video can be viewed by clicking on the Bloomberg source link down below.