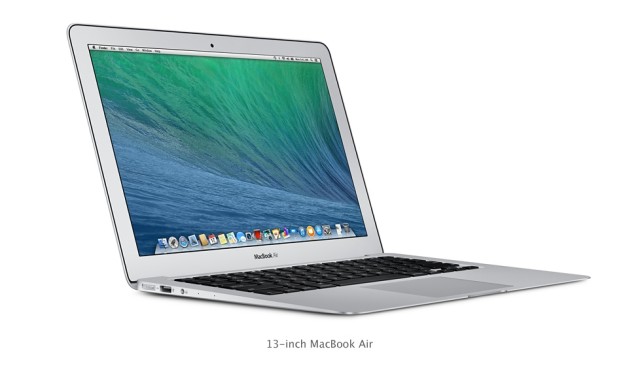 Apple has refreshed their Macbook Air line-up today that introduces the new Haswell Intel processors to the mix, other than that there have been no changes made to the hardware, meaning we won't be seeing solar panels and dual displays just yet.

One small, yet significant non-hardware change however does do your wallet a favor: the prices of the Macbook Air models have been dropped by $100 each-- a rather welcome move for their premium lineup which usually only extends to "last generation" devices from Apple.

The entry level 11" model now clocks in at $899 (sans an array of optional upgrades), and for that you'll get:

You can check out the Apple Store for the four options that now range between $899 and $1199 for the base models.

One interesting point to note is that the 11" Macbook Air is now $100 cheaper than the Surface Pro 2 which costs $999, did Apple purposely undercut the Surface? Although the devices are different in nature, it's refreshing to see Apple being cheaper than at least one of their main rivals.