Stardock's popular Multiplicity software program has allowed both individuals and businesses a way to control multiple PCs with just one keyboard and mouse. Today, the third version of Multiplicity has been released through a new platform from Stardock called EdgeRunner. 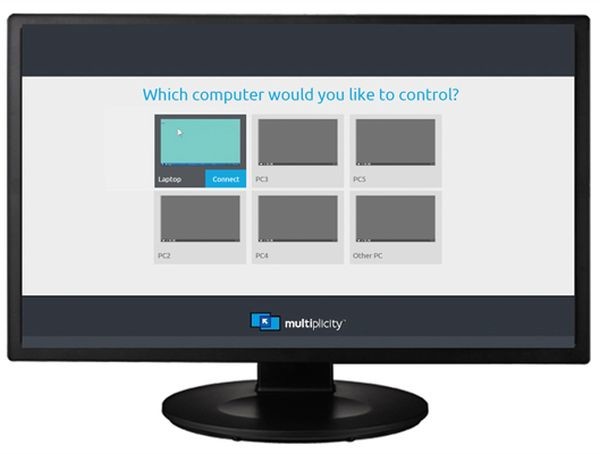 Multiplicity v3's new KVM capabilities allow users to view up to nine PCs’ displays as active thumbnails on a single monitor, switch between them using a mouse click or hotkeys, and control them all with a single keyboard and mouse. Users can lock or unlock all the connected PCs with a single command, and drag-and-drop files or copy/paste text and images across connected PCs as if they were a single machine. Multiplicity v3 also adds support for touch displays, integrating Windows 8 systems seamlessly with older Windows releases.

The software is being released as the debut product for EdgeRunner, a new PC online software store that's being funded by the Stardock Strategic Investment Fund. The goal of EdgeRunner is to make downloading software products as easy and intuitive to use as a mobile app. The company plans to work with other software partners to release future products "that can disrupt existing markets with superior capabilities and compelling cost advantages."