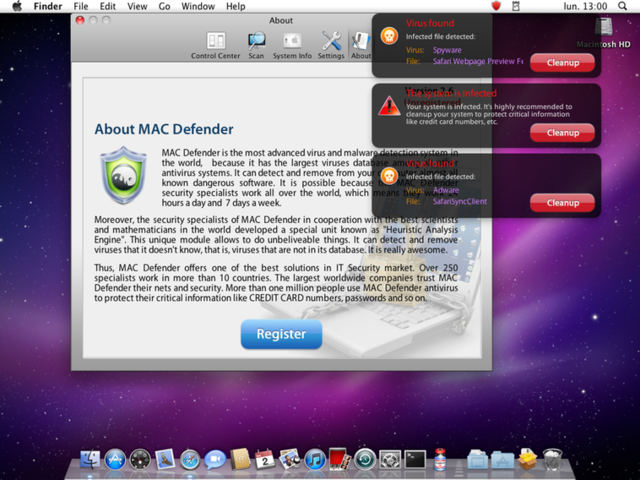 In a move that is sure to please the Mac-using masses, Apple is helping those that have accidentally installed the malicious "MAC Defender" that has been causing headaches for Apple users and support representatives alike. This bit of scamware first began attacking unsuspecting Mac users starting from the beginning of this month and began overwhelming AppleCare call centres, whose representatives were reportedly instructed not to support customers with malware removal fearing that they would set a precedent for what is expected of them.

Apple plans to release a Mac OS X software update that will detect the presence of MAC Defender and its variants and remove them. The update will also warn any users upon clicking on a link that leads to MAC Defender. As Apple's support knowledgebase article (via MacRumors) states:

In the coming days, Apple will deliver a Mac OS X software update that will automatically find and remove Mac Defender malware and its known variants. The update will also help protect users by providing an explicit warning if they download this malware. 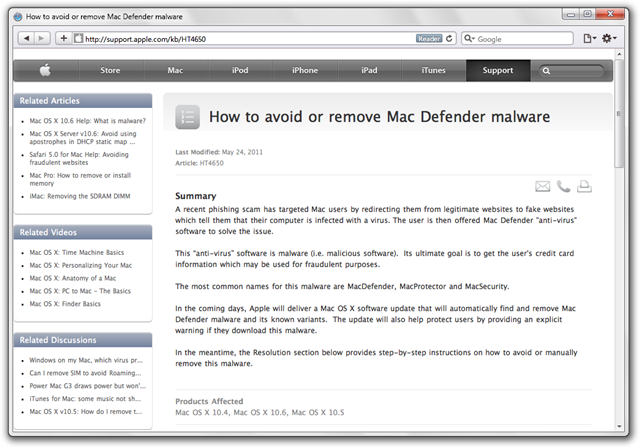 The nature of this update seems very similar to the Windows Malicious Software Removal Tool published monthly by Microsoft on Windows Update, whereby this utility is provided to clean off common malware infections from users' PCs.