Back in January, we reported that the number of malicious Android apps in circulation is predicted to grow to one million this year, as malware continues to grow explosively on the platform. In 2011, just one thousand such apps had been detected, but this figure had skyrocketed to 350,000 by the end of last year.

Unlike with more closed ecosystems such as iOS and Windows Phone, the onus is upon Android users themselves to take control of the security of their devices, and the fact that so many less experienced users even understand the implications of downloading malicious software on their handsets is a big problem for the platform.

So perhaps it's not surprising that Apple's Phil Schiller, the company's senior vice-president of Worldwide Marketing, decided to remind users to take stock of their device security with a tweet, in which he simply stated "Be safe out there", along with a link to a Mobile Threat Report from security specialists F-Secure.

Be safe out there: f-secure.com/static/doc/lab…

What's significant, here is that the report highlights that of 300 major mobile threats last year, 79% affected Android, while just 0.7% had an impact on iOS. The report also underlines that iOS is one of the safest and most secure mobile ecosystems available - although BlackBerry was noted as the most secure platform overall. 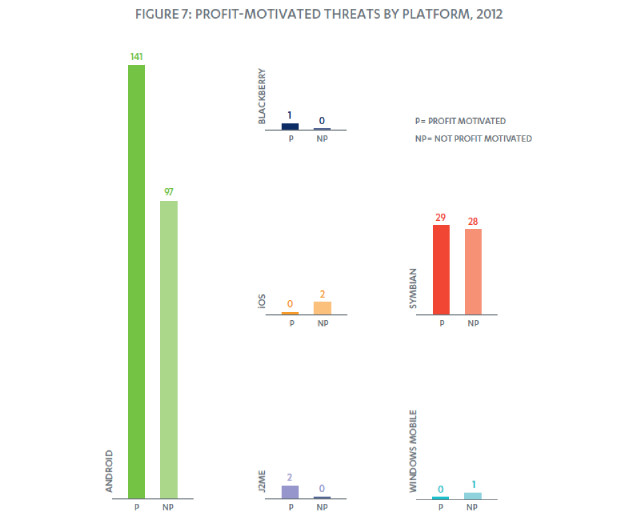 Of course, Schiller didn't mention Android specifically in his tweet, but by linking to a report that so extensively highlights the prevalence of malware on Android, and the superiority of iOS in that respect, it's impossible to see this as anything but a shot across Android's bow.