Apple apologized today for having neglected its Mac Pro desktop PCs, which hadn't been updated since they were originally unveiled in December 2013. It also reaffirmed its commitment to the Mac line, and promised that new Pro desktops are in development with a modular design - but they won't be arriving until next year at the earliest.

Frustration over Apple's lack of focus on its 'pro' customers grew last year when Microsoft announced the Surface Studio, a 28-inch all-in-one Windows 10 PC aimed directly at creative professionals. It includes support for the Surface Pen - allowing users to draw directly onto its expansive display - and also supports the Surface Dial, which Microsoft introduced as a "new tool for the creative process".

But now, it seems that Apple is preparing to take the fight back to Microsoft's doorstep with new 'pro' versions of its iMac all-in-one desktop PCs, which will arrive long before the new Mac Pro machines. 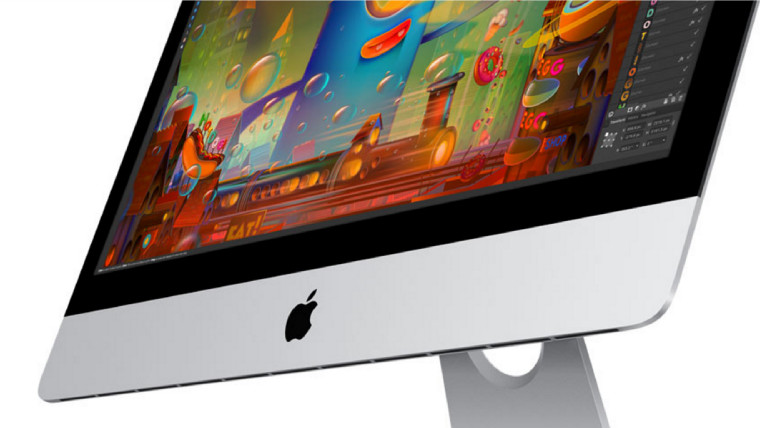 "We have big plans for the iMac," Apple's Phil Schiller told BuzzFeed. "We're going to begin making configurations of iMac specifically with the pro customer in mind." He didn't elaborate on exactly what will distinguish these pro models from other iMac versions, nor would he confirm what seems to be the most likely name for the new devices: 'iMac Pro'.

However, Schiller had no qualms about confirming that the new iMac Pro - or whatever it ends up being called - will not have a touchscreen. When asked if it would, he pointedly replied: "No." But he also offered a further explanation to justify that decision:

While Schiller was no doubt referring specifically to the priorities of desktop PC users, his comments are nonetheless amusing, coming five months after Apple added a thin touchscreen display above the keyboard on some of its MacBook Pro notebooks. Apple hailed the new Touch Bar as a breakthrough in usability, while many questioned its usefulness, and pro users complained about the limitations of only including USB Type-C ports on the device, as well as the lack of RAM options above 16GB.

The new pro iMac models will launch later this year. While they won't include full touchscreens, it's possible that Apple will support finger-friendly interactions on its new all-in-ones by introducing a new desktop keyboard with a Touch Bar - but for now, we can only speculate about its plans.