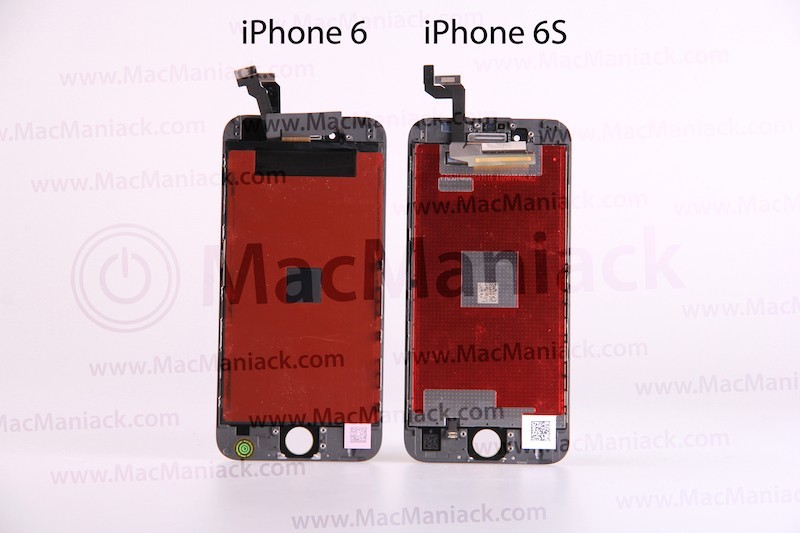 A little over a month ago, we reported that Apple had started production on the next iPhone. Naturally, when production begins ramping up, the more information about the device seems to leak. Although we have seen bits and pieces previously, today we get a good look at the next iPhone's front display assembly.

MacManiak was able to get its hands on the next iPhone's screen, complete with front bezel. While it wasn't functional, they did find notable differences in the connectors that could indicate 'Force Touch' is indeed coming to the next iPhone. As far as looks go, the part is identical to the current iPhone 6.

The next iPhone is expected to make its debut in the next couple of months, along with an updated and thinner Apple TV and long rumored Surface contender, 'iPad Pro'. Apple is expected to announce an event soon that is slated for the month of September.