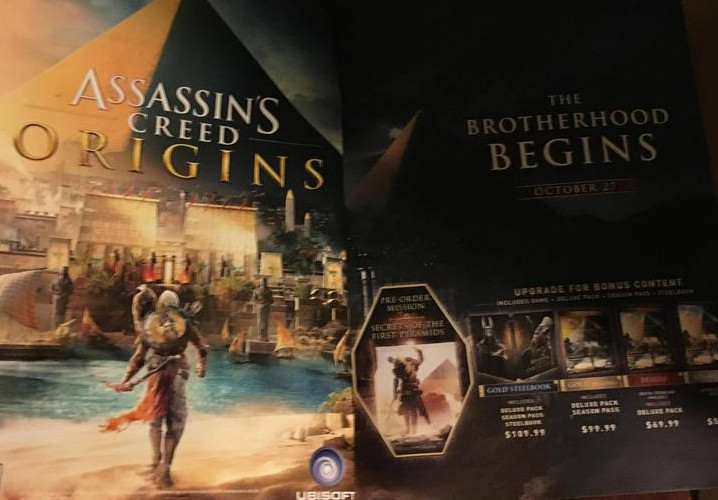 It was only last month when we saw our first glimpse of the next Assassin's Creed game. Now, we are getting a little more when it comes to details, via a photograph from an upcoming issue of Game Informer magazine, in which the game will appear as the cover story.

According to the new information, Assassin's Creed Origins will be released on October 27, 2017. The photos come from a post on Reddit, and while it might be something doctored, we probably won't have to wait long until we are able to confirm its information, with E3 being less than a week away. 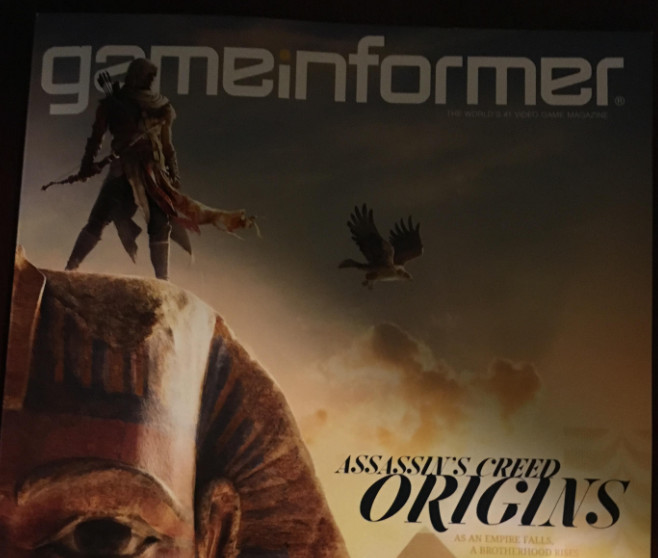 The cover of Game Informer shows off the same character we saw in the screenshot leak last month, perched atop a sphinx with bow and arrow in hand. To the right, we see the title of the game, with a caption underneath that reads: “as an empire falls, a brotherhood rises”.

Ubisoft is expected to show off the title at next week's E3 event being held in Los Angeles. For more information, stay tuned, and be sure to watch the livestream from Ubisoft's conference on June 12 at 1pm PT.