Asus has already had a busy Computex 2013, announcing products such as the Zenbook Infinity Ultrabook and the Transformer Book Trio. Now the company has announced two more products: a small home theater PC along with a rather unique mouse product that can work with the PC.

The new Windows 8 PC is called simply the VivoPC, and as you can see it's a pretty small form factor; its only 56mm tall. Inside there's an unnamed Intel processor with integrated graphics along with support for either SDD or standard hard drives, two USB 3.0 ports, four USB 2.0 ports, a HDMI port and even a VGA port. The case, which has a metal finish, has a sliding cover that can give users quick access to the PC's RAM slots. 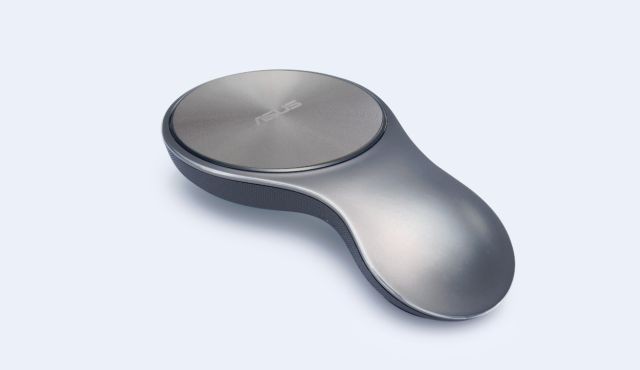 Asus also announced the VivoMouse, which combines the features of a normal PC mouse with a touchpad. Asus states:

The wide, flat design means VivoMouse can be used interchangeably as a mouse and desktop touchpad, making it ideal for Windows 8 PCs that lack a multi-touch display. However, its wireless PC connection also makes VivoMouse ideal for one-handed control away from the desktop, so it’s also the perfect peripheral for a living room PC.

Pricing for the VivoPC and the VivoMouse have not been revealed both both products are scheduled to be released sometime in the third quarter of 2013.