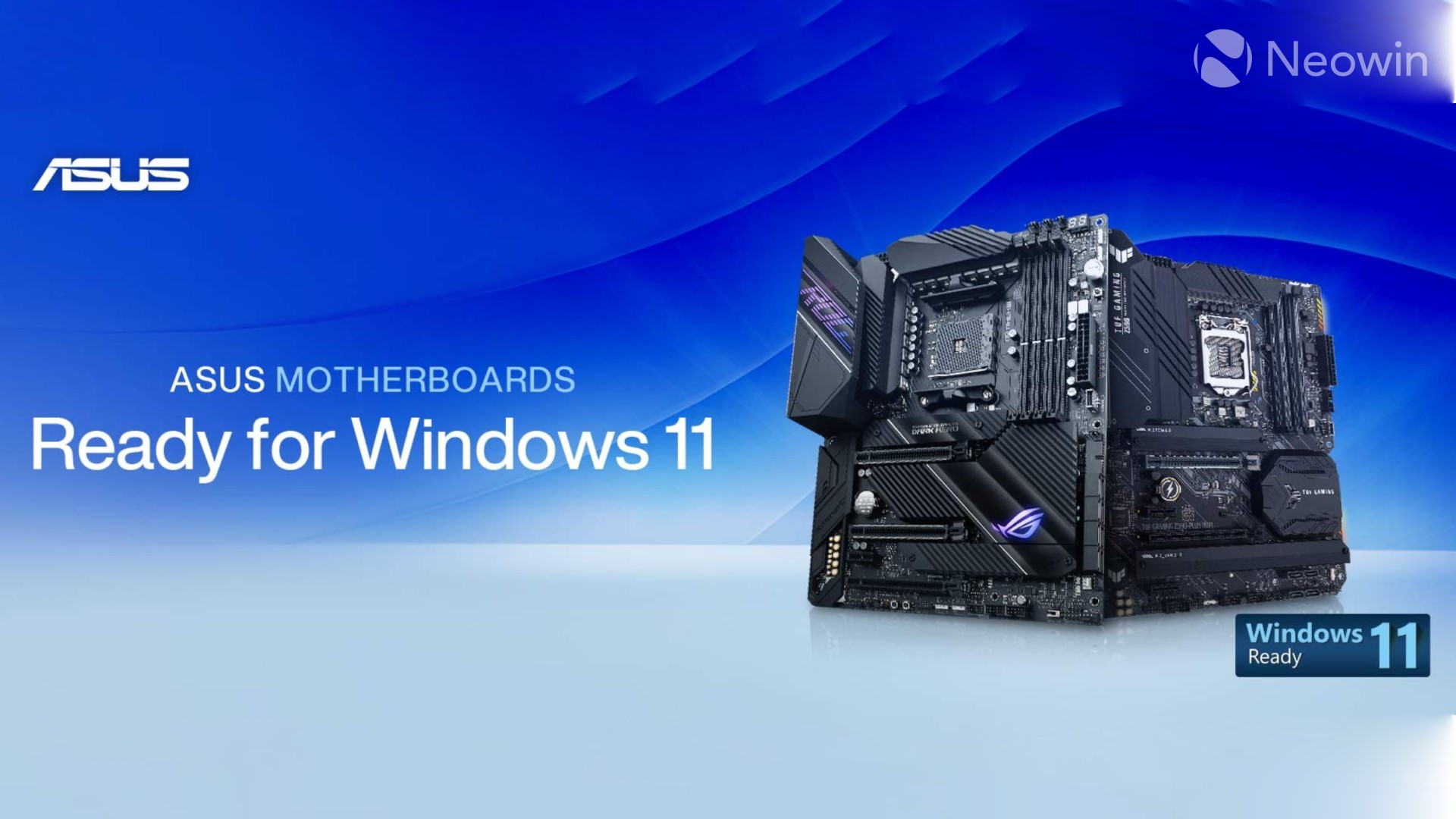 Microsoft's Windows 11 seems nearly upon us with the company itself hinting towards a launch very soon. Naturally, all hardware vendors including motherboard-makers are gearing up for it and releasing compatible firmware and other related software that adds support for the next-gen OS.

Asus is one such vendor and the company had earlier released a list of compatible chipsets (image below), including both AMD and Intel ones, that would be receiving Windows 11 support due to the availability of compatible Trusted Platform Module (TPM) 2.0 module on such chipsets. 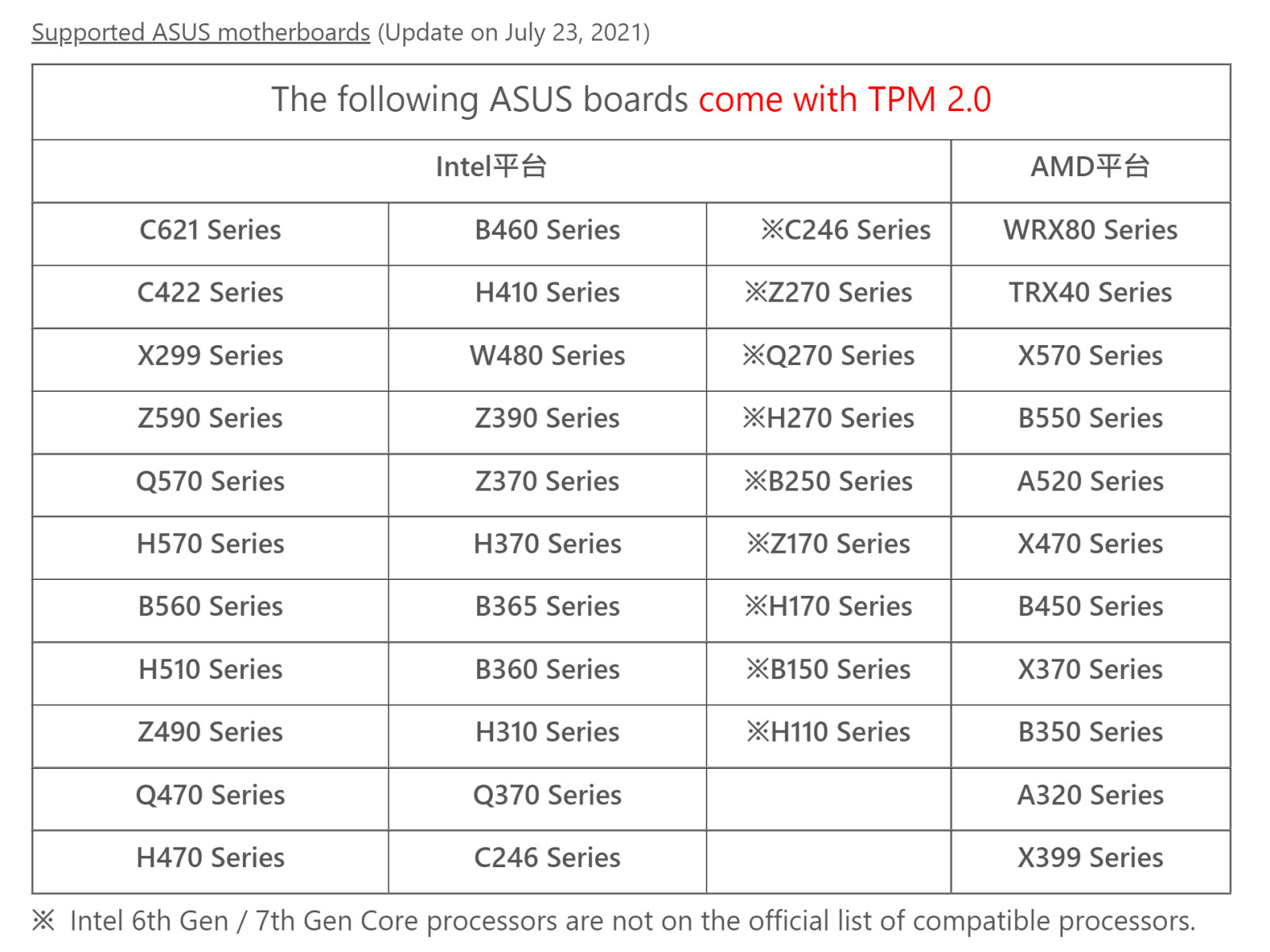 As it stands, Asus appears to have kept its word and from August 3 onwards, the company has started rolling out the compatible firmware versions for all the chipsets listed above. Plus, there are a lot of new chipsets added to the list of Windows 11-compatible motherboards too. Asus says that the new BIOS will automatically enable TPM on AMD systems or Platform Trust Technology (PTT) in case of Intel ones.

Not all motherboard models, however, have got the necessary update currently with plenty of such models still undergoing testing and final validation. For those that have, the changelog on the update reads:

In order to check if your model has received a new Windows 11-compatible BIOS, head over to this page on Asus' official site, where a list of motherboard models alongside their corresponding Windows 11-ready firmware has been provided for download. Here, you either go through the list one by one or simply press "Ctrl + F" and input your motherboard model to quickly find it. If you have an AMD system, make sure you choose the "AMD Platform" tab.

If you're unsure what your motherboard model is, you can try running "msinfo32" or "System Information" to find that. Third-party tools like CPU-Z, or Piriform's Speccy, among others, can also be used to look it up.