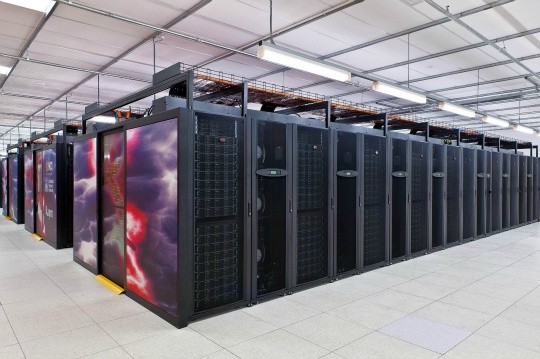 Australia’s most powerful supercomputer, Raijin, made its debut today. The launch was timed to coincide with the opening of the National Computational Infrastructure; a high performance computing centre.

For those familiar with Japanese mythology, Raijin was the god of thunder, lighting and storms. Such a name needs a worthy computer, and for researchers handling huge amounts of data, it is deserving.

According to Australian press, it can perform the same number of calculations in one hour as seven billion people with calculators could… in twenty years. We’ve come a long way; the first computer to be measured in Floating Operations per Second was CDC-6600, in 1964.

It’s capable of running at 1.2 petaflops, meaning it’s not the world’s most powerful supercomputer – that’s Tianhe-2, at 33.86 petaflops. Even so, Raijin’s not your conventional desktop either.

The cost to make Raijin a reality isn’t quite clear yet, though the NCI is aided by a number of partner organizations. Among these partners, there’s another $50,000,000 (AUD) for the next four years. So it’s a tiny bit pricier than an i7.