It's been a few weeks now since Microsoft announced that its Surface Pro 3 tablet had qualified for authorization for use as an 'electronic flight bag' (EFB) device, under conditions defined by the US Federal Aviation Administration and the European Aviation Safety Agency.

Pilots are required to carry numerous items of heavy and bulky paper documentation - known as their 'flight bag' - which includes flight navigation charts, aircraft technical reference materials, and other important information that may be needed in flight. In their paper form, flight bags can weigh around 15kg or more - and this is not just a burden for pilots to carry, but also adds weight to each aircraft.

Moving to electronic versions stored on light-weight tablets can result in sizeable savings for airlines looking for every opportunity to cut costs. When American Airlines adopted iPads for its electronic flight bag program, the company predicted annual savings of $1.2m in fuel consumption. 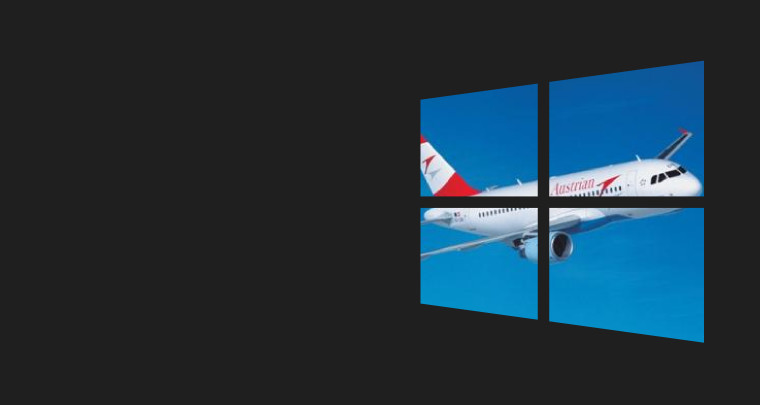 Austrian Airlines wants to get in on these savings too, and has just announced that it is rolling out 950 of Microsoft's Surface Pro 3 tablets across its fleet. The airline says that the move to a completely paperless cockpit will ensure "that the processes surrounding flight operations are more efficient, that time is saved, and that punctuality is improved."

The airline has opted for the Intel Core i5 version of the Surface Pro 3, with 128GB of storage and 4GB of RAM. Austrian praised the Windows 8.1 device, saying that its "high performance, the large screen, and the - in comparison - very low weight make the tablet from Microsoft an ideal work instrument for the flight crew."

Surface Pro 3s will be rolling out across the entire Austrian fleet, with every aircraft - from the Q400 regional hopper to the mighty Boeing 777 - being fitted with special mounting brackets designed to securely hold the device in place, and which allow each tablet to easily connect with the aircraft's onboard power supply and flight systems.