It's been a few weeks since Microsoft last rolled out an update to its Windows Phone Preview for Developers program, with the last new build (14192) arriving on October 24. But today, Microsoft began pushing out a new build of Windows Phone 8.1 Update 1, and just as with the last release, this one is being labelled as a "critical update". 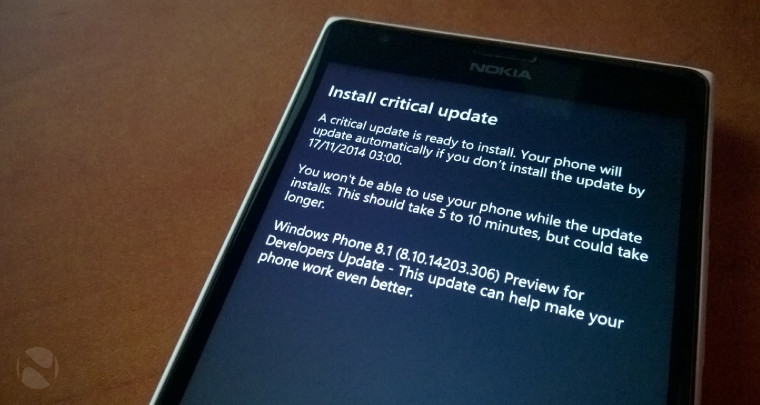 The update will allow you to pin a new 'real-time Live Tile' to your Start screen for the Battery Saver app, and - for the first time - it also allows you to add a shortcut to Battery Saver to the row of buttons in the Action Center.

The notification for the update states that if you do not install the update by November 17, it will be installed automatically whether you like it or not.

The update will bring your handset up to OS version 8.10.14203.306, and is rolling out to devices now. The update will only be visible on devices that are enrolled in the Preview for Developers program, so if you want to get your paws on the latest build, make sure you sign up if you haven't done so already.