Bank of America (BoA) noted that its new apps for the Windows Platform would arrive 'very soon' and would be Universal, meaning that they can work across a wide range of Windows 10 devices. Now Windows Central has been sent a screenshot of an internal website that shows us some more information on the upcoming app.

The most significant information on the image is the date. It appears that (BoA) will launch its new app on the Windows Store on March 28. 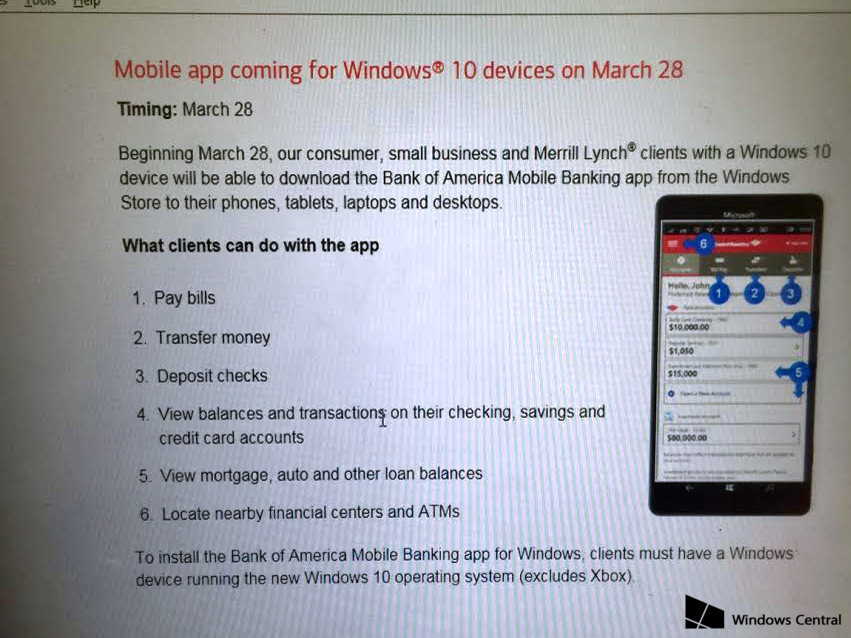 From the screenshot above we can see that the app will offer numerous features that are sure to give Windows users enough to manage their money, mortgages and loans.

The image also features a screenshot of the app, which shows a clean-looking UI that appears to be well-made for touch devices, including large finger-friendly controls. It will be interesting to see how this scales up to larger Windows 10 devices, such as PCs and laptops.