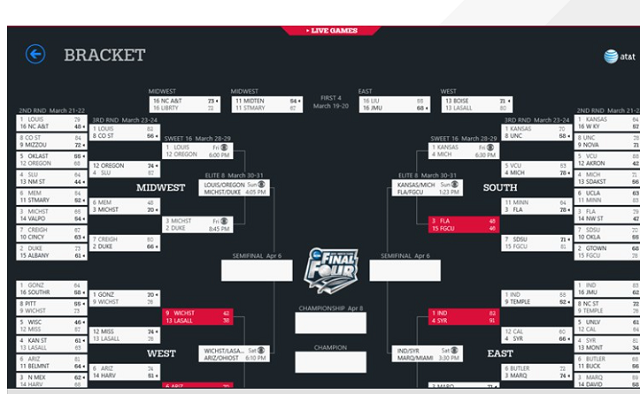 As 2014’s NCAA basketball season begins, Turner Sports Interactive has released an app for fans which can single-handedly watch live NCAA games, provide stats, and display game schedules in one shot.  Channels included CBS, TBS, TNT, and TruTV.  However, one must log into their cable provider to watch multiple channels of NCAA, or settle for just CBS and a free 3 hour live pass, so plan accordingly before installing this app.

Alerts and notifications keep sports fans updated on the action, up until the final game on April 7th.  Brackets allow one to make picks and create groups.  Reviews are top notch and it looks like fans really like this one.  As always, it’s nice to use the app side by side with others on Windows, however there may be scaling issues when watching video clips, so hopefully that will get patched soon.  Live tiles are available as well as a live social center where one can comment on games.