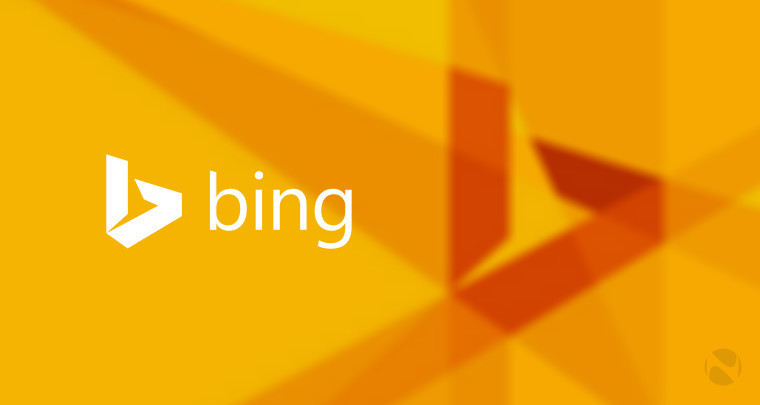 Windows 10 is nearing 100 million installations with over 7 million people enrolled in Microsoft's Insider Program, however, this doesn't seem to have escalated the usage of the company's search engine, Bing. Bing is currently the default search engine in Microsoft Edge, and is also integral to Cortana on Windows 10 and Windows Phone. 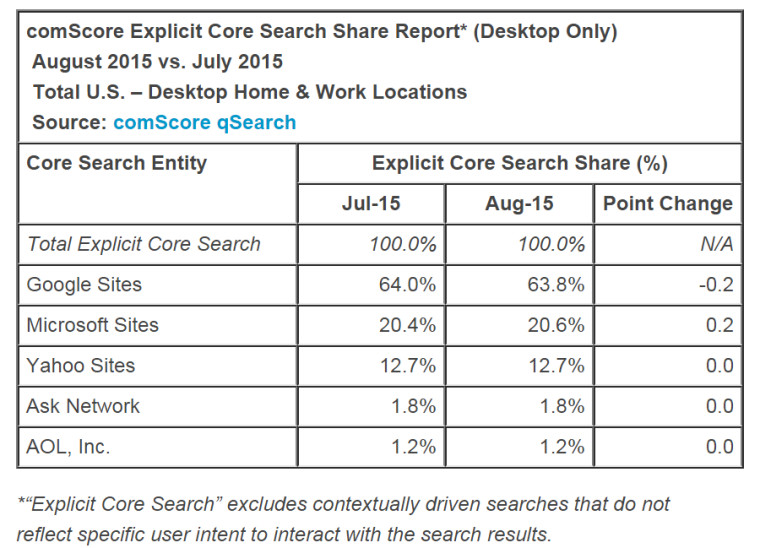 According to the latest data from comScore, which relates to desktop usage only, Microsoft Sites held its marketshare at 20.6%, which is a 0.2% increase from last year. Google Sites, however, lost 0.2% of its marketshare and now sits at 63.8% which is still massive, compared to its competitors. Meanwhile, Yahoo Sites, Ask Network and AOL, Inc. remained stagnant at 12.7, 1.8 and 1.2 percent respectively. 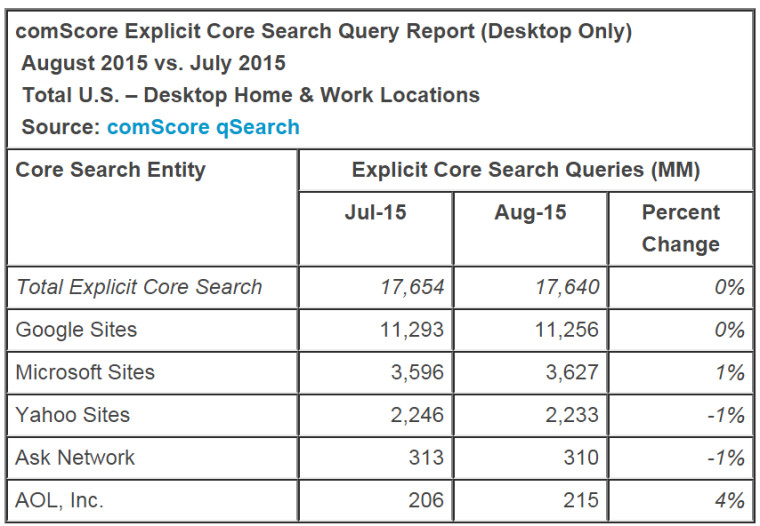 In terms of search queries, Microsoft once ranked second to Google with 3.62 billion searches. However, it did mark a 1% increase. On the other hand, Google lead the race with 11.3 billion queries in August which is more or less the same as in July. Yahoo and Ask faced a 1% decline in search queries, while AOL, Inc. saw a 4% increase with 215 million searches in the last month.

All in all, 64.9% searches in the month of August carried organic results from Google, while 31.8% were powered by Bing, which is still a 0.3 percent increase over the month of July.

It is notable that this data only relates to desktop usage in the U.S, so it does not reflect the true position of Bing in the entire world. However, the numbers still hold some significance because according to Statcounter, Windows 10 is being used on 9% machines in the U.S but 7.5% worldwide.

Looking at these numbers, the situation is slightly worrisome for Microsoft. In late July, David Pann, the general manager of the Bing Ads group, was reported by SearchEngineLand as saying:

We're estimating query volume gains from 10 to 15 percent as early as September — not only from new users, but from existing Bing users who will now use Bing more frequently.

However, the blog post in which Pann made this speculation was later pulled by Microsoft.