While Research in Motion may be sitting on the sidelines this fall as far introducing new smartphones, the company is planning to launch its BlackBerry 10 operating system, and the first smartphones based on the OS, sometime in the first quarter of 2013.

Today, the site N4BB.com has posted up a new and leaked image of what is reportedly the first BlackBerry 10 smartphone, the L-Series. The photo of the touchscreen-only device shows some of the app icons that will be featured on the OS, including its web browser, a map app, its Facebook app and something called Story Maker, which presumably is some kind of video editing app. 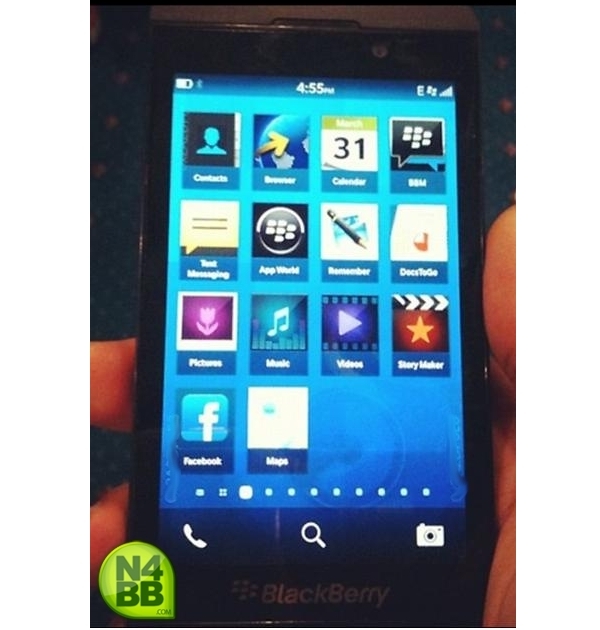 It looks like RIM will launch the L-Series smartphone first when BlackBerry 10 is released, but the company has already said it plans to offer up a new smartphone device that will have the company's familiar physical keyboard as well. RIM's CEO, Thorsten Heins, claims to be already using a BlackBerry 10 product for his regular work duties.

The launch of BlackBerry 10 is pretty much "do or die" for RIM. The company has seen its smartphone market share get hit as iOS, Android and even Windows Phone devices have increased their sales at BlackBerry's expense.