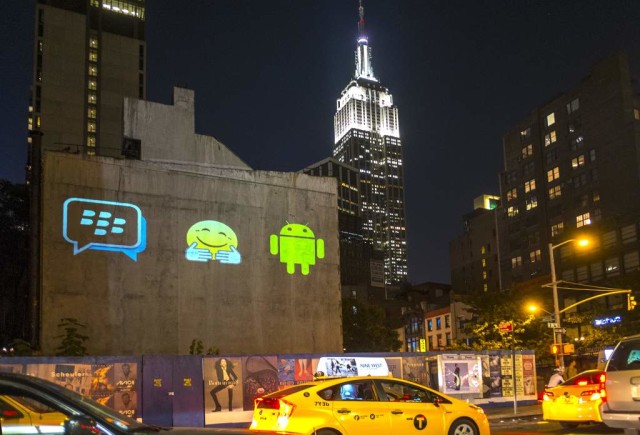 "If at first you don't succeed, try, try again." That old saying will likely be on the minds of many people at BlackBerry's headquarters today as the troubled company announced it is finally ready to launch its BBM online messaging service beyond its own smartphones to iOS and Android devices.

You may remember that BlackBerry was planning on launching those apps about a month ago, but a leaked early release of the Android version caused issues with the BBM services and forced the company to halt its release plans. Today, BlackBerry announced it will roll out iOS and Android BBM services today.

The Inside BlackBerry blog stated that people who have signed up before today to get the BBM service will be able to access and use the iOS and Android apps immediately. For those folks who are not on that VIP list, BlackBerry says they can go ahead and download the apps and then enter their email address. The company states, "We will email you as soon as you reach the front of the line and can start using BBM." So basically it's like trying to get into a hot downtown club.

BlackBerry needs some good news as the company's future is still in a state of flux, with different buyout rumors appearing on web sites almost every day. A few days ago, BlackBerry tried to assure its customers, and the world at large, that it plans to stick around for the long haul, but that remains to be seen.