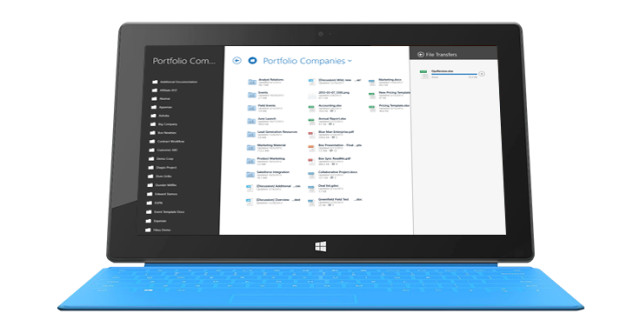 Box, a leading file sharing service, announced today significant updates to its applications for Windows 8 and Windows Phone. The newest iteration of Box (v2.0) is a complete redesign from the original program. The changes have increased speed and reliability, which should satisfy Box's growing user base. Box apps have been installed over one million times.

While making changes under the hood, the developers also spent time improving the usability and consistency of the Box experience. Menus, breadcrumbs, the transfer menu, and other key functionalities of Box's file sharing system all received upgrades. Language support was also extended to Polish and Turkish, bringing the total number of languages supported by Box Windows apps to 19.

Independent developers also gained something in the update. The new version of Box utilizes the Box Windows SDK, which can be accessed here. This change makes it much easier for developers to create apps based on Box without missing any key functionalities.

If you are a Box user on Windows 8 or Windows Phone, you can leave feedback. Contact the company at windows-support@box.com or @BoxHQ.