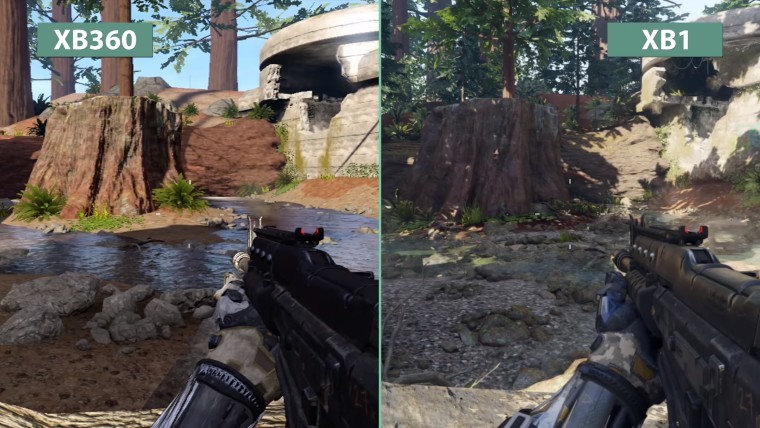 The latest game in the Call of Duty franchise, Call of Duty: Black Ops 3, is now available worldwide and while a majority of marketing has focused on the versions being released for current-generation consoles, a downscaled version of the game has also made its way to the Xbox 360 and Playstation 3.

Now that the game is in the hands of the public, a range of comparison videos are in production, showing how the platforms stack against one another, in terms of both performance and graphics. As expected, the Xbox 360 version looks less graphically-pleasing than its Xbox One counterpart, but the extent of this difference is surprising.

To conduct this test, Candyland ran two versions of the game against one another, comparing assets on the multiplayer levels. The Xbox 360 version of the game looks significantly worse than previous releases on the platform with stretched, downscaled textures populating a majority of areas. Many assets have also been stripped from maps completely, or replaced with simpler alternatives. The Xbox 360 version of the game runs at an unstable 30 FPS – half of what is offered on the Xbox One.

Earlier this year it was announced that Call of Duty: Black Ops 3 would be arriving on previous-generation consoles - but due to system hardware limitations, the single-player campaign would be omitted from these copies of the game. Currently, this version only offers the arena multiplayer and its iconic zombies mode.