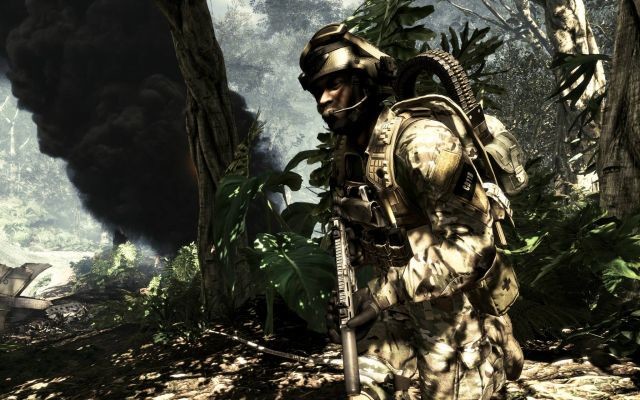 In the past several months, some people have claimed that the hardware inside Sony's PlayStation 4 console will give it an advantage over Microsoft's Xbox One, thanks in part to the PS4's faster RAM and a CPU that on paper has better shader performance. Microsoft has also been trying for months to make the case that the differences in hardware between the two next-gen consoles are not as huge as some might think. Indeed, the company has even boosted both the CPU and the GPU on the Xbox One beyond their originally announced specs.

Now it appears that at least two major Xbox One launch titles, Call of Duty Ghosts and Battlefield 4, will run in a native 720p resolution (1280x720) but upscaled to 1080p. That's compared to how those same games will run on the PS4, which will natively show both games at higher resolutions.

Hey, been on the road last couple weeks so haven’t had a chance to update, but wanted to confirm that for Xbox One we’re 1080p upscaled from 720p. And, we’re native 1080p on PS4. We optimized each console to hit 60 FPS and the game looks great on both.

Eurogamer has also tested Battlefield 4 for the Xbox One and PS4 and found that the native resolution for Microsoft's console is 720p while the PS4 port goes up to 900p, again with both at 60 FPS. Both next-gen ports will have their resolutions upscaled to 1080p. Ironically, the PC version of Battlefield 4 is the only one of the three to support 1080p natively at 60 FPS.

The biggest issue for the Xbox One running these two games at a lower resolution is more aliasing in the graphics, but the truth is that most gamers won't be able to tell much difference when comparing the looks of the two next-gen console versions of Battlefield 4. The video above shows that pretty clearly. Also, other Xbox One launch titles, such as Forza Motorsport 5, will run natively at 1080p.

Source: Mark Rubin on Twitlonger and Eurogamer | Image via Activision