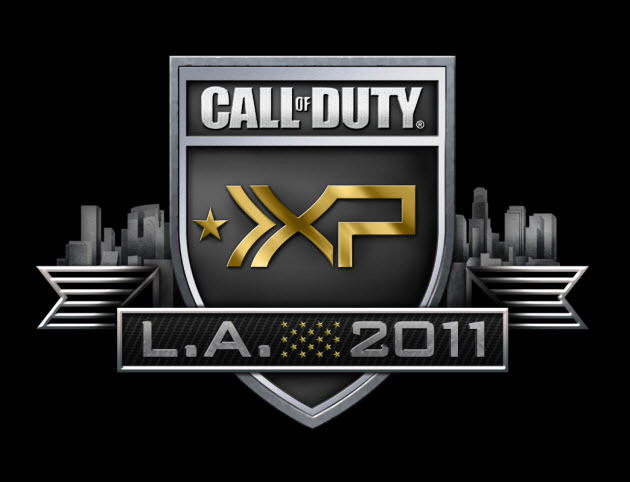 The Call of Duty game franchise is one of the biggest, if not the biggest, in the industry at the moment. With over 20 million copies sold of Call of Duty Black Ops alone since its release in November 2010. So it stands to reason that there are a ton of fans of this game series. Today the game's publisher Activision Blizzard announced plans to hold the first ever official fan event for Call of Duty players. It's called Call of Duty XP and it will be held on September 2 and 3 in Los Angeles, California (a specific venue for the event has yet to be revealed).

The event's official web site has already gone live with an FAQ on what fans can expect. The event plans to have 6,000 attendees who will be the first to get a chance to play the upcoming multiplayer modes for the next game in the series, Call of Duty Modern Warfare 3, that's due for release in November. Attendees will also get a chance to see the full feature set for Call of Duty Elite, the recently announced online service that will serve as a stats collection site, a social networking site for the game's fans and more. Call of Duty XP will also have a real world paintball venue designed to look like the popular multiplayer level Scrapyard from Modern Warfare 2. Finally there will be a Call of Duty multiplayer tournament with a total of $1 million in cash and prizes to be won. The FAQ page also hints about other events including live music concerts.

Tickets for the event will be $150 each and will go on sale on July 19. If you are thinking this will be a money maker for Activision, think again. The publisher has announced that 100 percent of the ticket revenues will go to support the Call of Duty Endowment. It's a non-profit organization set up by Activision a little while ago that is designed to help members of our armed forces find jobs after they serve in the military. It's more than likely that tickets will sell out quickly but the web site states that the event will have some kind of online coverage for people who cannot attend.

The publisher's Blizzard division certainly has a lot of experience with this kind of event. Blizzard has held its BlizzCon event in Anaheim, California for a number of years to promote and celebrate Blizzard past, present and future products.