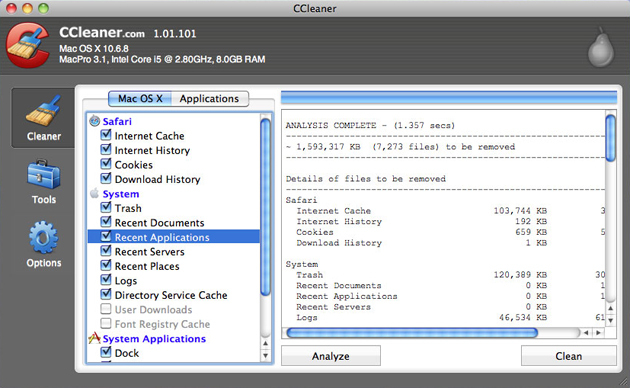 CCleaner, the world's most popular optimization and cleaning tool with millions of users, is now available for your Apple computer. CCleaner is a freeware system optimization, privacy and cleaning tool. It removes unused files from your system - allowing systems to run faster and freeing up valuable hard disk space. It also cleans traces of your online activities such as your Internet history. But the best part is that it's fast (normally taking less than a second to run) and contains NO Spyware or Adware!